THE BLACK CROWES: 'Shake Your Money Maker' 30th-Anniversary Multi-Format Reissue Due In February

"Shake Your Money Maker", the multi-platinum debut by the seminal rock 'n' roll band THE BLACK CROWES, is being re-released in multi-formats sets on February 26 through UMe/American Recordings. Band founders brothers Chris and Rich Robinson, with original producer George Drakoulias, oversaw the creation of the re-release. Most exciting are the 4LP and 3CD Super Deluxe versions, which includes the original album, remastered; three never-before-heard studio recordings; two previously unreleased demos from the band's early incarnation as MR. CROWE'S GARDEN; B-sides; a spectacular, high-energy 14-song unreleased concert recorded in their hometown of Atlanta, Georgia in December 1990; reproductions of an early MR. CROWE'S GARDEN show flyer, setlist and tour laminate; a four-inch CROWES patch; and a 20-page book with liner notes by David Fricke.

One of the previously unheard studio songs, "Charming Mess", which was originally slated to be the band's first single, but was ultimately left off of the album entirely, is available today.

A 2CD Deluxe version has the remastered album along with the unreleased studio songs, demos, and b-sides. There are also standard 1CD and 1LP versions that are the mastered version of the original.

"Shake Your Money Maker" was released originally in 1990 when rock was dominated by cheesy pop and hair metal. THE BLACK CROWES gave the genre a much-needed swift kick in the ass with their debut album. That album, fueled by singles "Jealous Again", "Twice As Hard", "She Talks To Angels" and a rollicking cover of fellow Georgian Otis Redding's "Hard To Handle", the band immediately took the music world by storm, selling over five million records and topping Rolling Stone's "Best New American Band Readers Poll" in late 1990.

Last April, Chris and Rich admitted that they were in no rush to jump back into the studio to make a new BLACK CROWES album.

Asked if he wants to make a new CROWES album, Chris said: "I don't know. Yeah. Maybe. I definitely think Rich and I will write songs together in our future. I don't know how, when and where. But if Rich has songs, I'm down to hear them and do what I do. But I don't think we can do that until we see how this [tour] goes."

Chris and Rich met for the first time in six years over breakfast at L.A.'s famed Chateau Marmont hotel in the early summer of 2019. The brothers brought their respective kids, marking their first time some of the cousins had ever met each other. "They're, like, 'Holy shit. We're having breakfast with Uncle Rich and my cousins. This has never happened in our lives,'" Chris recalled. "Shit like that will open your heart."

Chris went on to explain why the brothers decided to move ahead without any of the previous members of the CROWES in the band. "It was the first thing on the table," he said. "Rich and I agreed on it. We just want to start with a clean slate. I'm not putting the blame on anyone else, I'm responsible for my own negative interactions with the rest of the band. But we didn't want to trigger anything. One little thing, and you're back to fighting on the bus in 2006, you know what I mean?"

Rich also dismissed accusations that this reunion tour is nothing more than a cynical cash grab.

"If it was just about money, we'd have done it years ago when people were calling and saying, 'There's a lot of money on the table.'" Rich said. "I'm far more interested in having a relationship with my brother again." 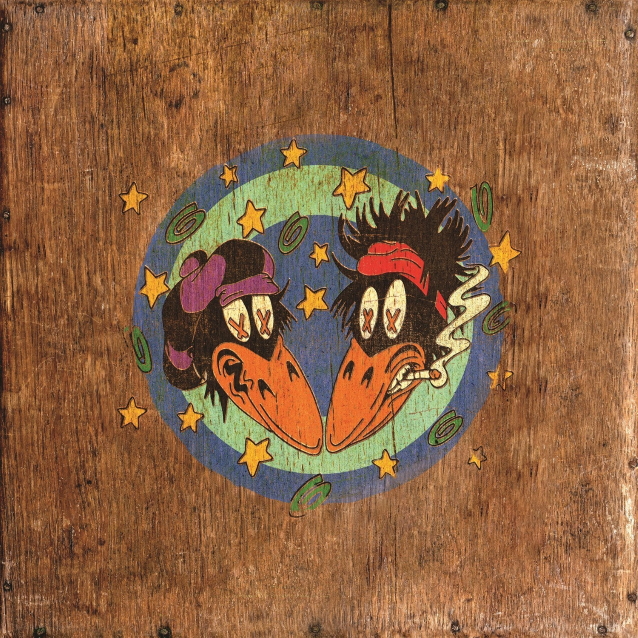