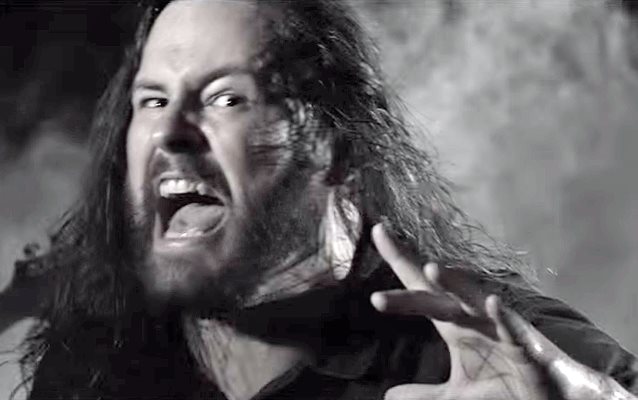 After releasing their new album, "Abysmal", last year and headlining both part I and part II of the massive IndieMerch Tour, THE BLACK DAHLIA MURDER has announced another headlining trek — this time taking the show back to their roots. With FALLUJAH and DISENTOMB as support, the band plans to play its first full-length album, "Unhallowed" (2003),in its entirety during the run, performing at intimate venues across the U.S. that haven't seen THE BLACK DAHLIA MURDER since the debut was released.

Trevor Strnad (vocals) comments: "We are very excited to unleash this absolutely crushing line-up upon you all and to play the much-requested 'Unhallowed' album in its entirety. The songs are sounding better than ever before, and we can't wait for you to feast your ears on our debut album as it was meant to be heard. We will also be playing some bangers from our new album, 'Abysmal', and the rest of the catalog... Come out and bring your friends!"

Brandon Ellis will join THE BLACK DAHLIA MURDER on the road as the band's touring guitarist and replacement for Ryan Knight, who amicably parted ways with the group. In regards to his departure, Knight comments: "After nearly seven years with THE BLACK DAHLIA MURDER, I feel the time has come for me to step down and focus on other aspects of my life. The decision to leave was very difficult, yet necessary I feel for me to ultimately be happy and keep moving forward. I feel very lucky to have had the best band-mates/crew (past and present) to traverse the world, guzzle beers, and bring the rock with every night...Thank you guys.”

Trevor Strnad (vocals) adds: "When Ryan first joined the band, he drove from the hospital where his first child had just been born to begin practicing and writing with us, on the eve of the recording of our 'Deflorate' album. In his years with the band, he made a lot of sacrifices to be with us and uphold our insanely demanding touring and recording schedule...He always gave us 100 percent, and for that I thank him. He is an incredible musician and creative force... It was exciting to make new material with him, and his wealth of knowledge has left its stamp on the band's music forever. I always knew that his time in the band would be limited, and it has now come time for him to go home and be with his family. Ryan, being the stand-up dude that he is, told us of his plans to leave the band more than a year ago, and with heavy hearts we began to plan for THE BLACK DAHLIA MURDER's future. We admire that Ryan went to such lengths to make his departure as easy on the band as possible, even going as far as to help us find a talented leadsman in Brandon Ellis — who has been lending us his tremendous guitar skills on the current THE BLACK DAHLIA MURDER tour... Knight is one of my best friends and I wish him the best in everything he does. He will always have a place here in the THE BLACK DAHLIA MURDER family. I look back at our time together with nothing but gratitude." 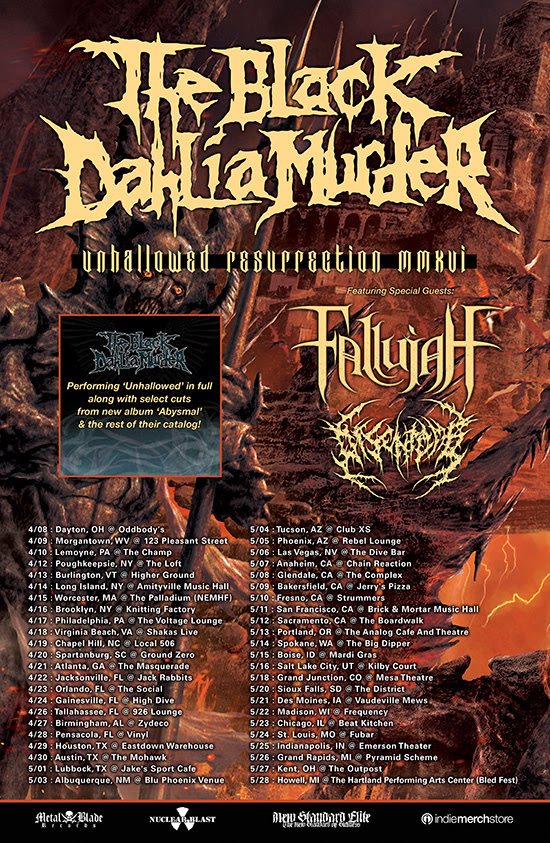