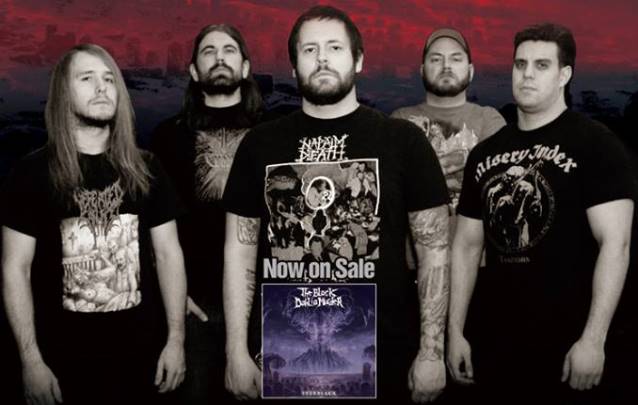 THE BLACK DAHLIA MURDER To Release 'Fool 'Em All' DVD

Michigan's unstoppable sons of molten melodic death metal THE BLACK DAHLIA MURDER will release their brand new DVD on May 27. "Fool 'Em All" is the band's second DVD and follows up their immensely popular "Majesty". Once again, director Robbie Tassaro captured the band on tour for another installment of absurdity and hilarity! This time around, put on your 3D glasses (included in the package!) to experience the band in stereoscopic 3D in select scenes throughout the DVD.

A trailer for "Fool 'Em All" is available below.

THE BLACK DAHLIA MURDER's previous DVD, "Majesty", reached No. 2 on the Billboard Top Music Videos chart and No. 5 in Canada. The DVD would later be certified gold in Canada.

THE BLACK DAHLIA MURDER just wrapped up the Decibel Magazine Tour with CARCASS, GORGUTS and NOISEM. In June, the band will return to Europe for club shows and festival appearances, including Hellfest, Download and Graspop.

THE BLACK DAHLIA MURDER's sixth full-length album, "Everblack", sold 13,000 copies in the United States in its first week of release to land at position No. 32 on The Billboard 200 chart. Released on June 11 via Metal Blade Records, the CD was recorded at Audiohammer Studios (lead guitars and vocals),Rustbelt Studios (drums),and Regal Fecal (guitar and bass). Mixing was handled by Jason Suecof and Ryan Williams, mastering was completed by Alan Douches at West West Side Music (SEPULTURA, SUFFOCATION, UNEARTH) in New Windsor, New York. Frontman Trevor Strnad's horror-inspired lyrics persist on "Everblack", beginning with "In Hell Is Where She Waits For Me", a reference to the murder from which the band took for its moniker. The cover artwork was painted by renowned artist Nick Keller. 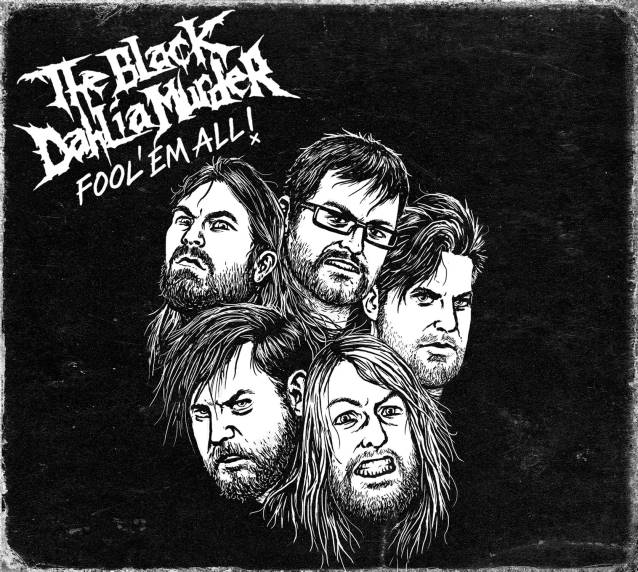