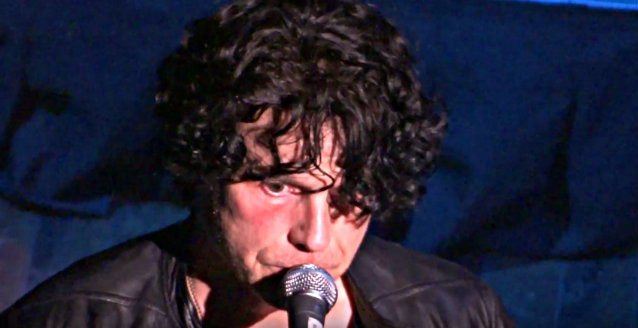 THE CULT performed an emotional version of its song "Sound And Fury" live for the first time Thursday night (May 18) as a tribute to Chris Cornell, who was found dead earlier that day.

THE CULT singer Ian Astbury introduced the track, which appears on the band's 2016 album "Hidden City", by telling the crowd (see video below): "Today is a very hard day for us. Chris Cornell… If you've got tears, now is the time to let it go. Everything — fucking everything. All of it. All the shame, all the fucking regret, the things you didn't do, the people you didn't tell that you loved that left, the girl that left, the guy that left. Young brother, life, it's profound, it's fragile. You know, we all make choices.

"This is a song that we don't even know, really, but we're gonna do it tonight for Chris, for his family, for you guys, who are fans, friends. We're gonna try and see if this comes off. I'm gonna have to use the paper. This is for the Cornell family, for Susan Silver, for the children. This is 'Sound And Fury'."

Chris and his wife Vicky had two children, 12-year-old Toni and 11-year-old Christopher, while Chris also had a 16-year-old daughter, Lillian Jean, from his first marriage to former SOUNDGARDEN manager Susan Silver.