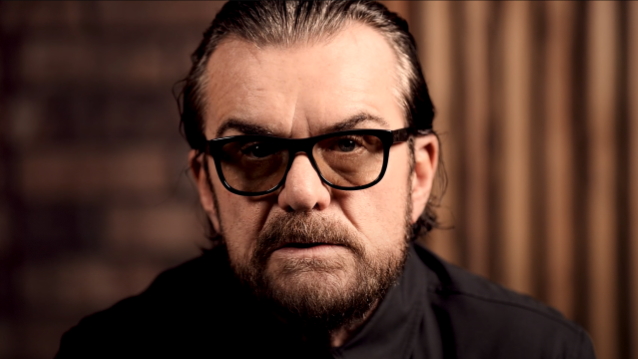 THE CULT's guitarist Billy Duffy spoke to The Big Takeover about splitting time between his native United Kingdom and California, where he first moved in 1988. He said: "Well, I'm actually in Spain at the moment on vacation, but I live between the U.K. and Los Angeles. I'm doing that kind of transatlantic Brit rock-star thing. I looked to my elders and betters and thought, 'How do they navigate it?'

"You know, I love Los Angeles. I'm not crazy on the politics in California right now. I used to love the freedoms. I left England to escape all that. How shall I put this? I'm not a political person, really, but you just should be allowed to live your life in a free way, make your own decisions and be responsible for yourself.

"I found that there was a lot of interference in the U.K. and I went to California and everything was very free and open and groovy and, like, 'Do your California thing, man,'" he continued. "It was all great and then, as time passed, I've gotten older and it doesn't seem to be so free and easy anymore in California. There seems to be a lot of rules put in for your own betterment by people who are telling you how to live and that's not what I'm about. I go there, I enjoy it, I have friends there but I would hasten to sort of say I don't really live there anymore. I go there to work.

Two and a half years ago, Duffy got engaged to his girlfriend of several years, Leilani Dowding. An English former Page 3 girl, glamor model, television celebrity, and the U.K. representative at Miss Universe 1998, Dowding has drawn criticism for her scathing opinions regarding the U.K. government's coronavirus lockdowns and vaccination scheme.

In 2019, Leilani revealed Billy's prostate cancer battle on "The Real Housewives Of Cheshire" after getting his permission to talk about it so they can raise awareness of the disease and encourage viewers to get checked.

"I said 'let them do that,'" Billy told Manchester Evening News three years ago. "I wanted them to have something and I was more than comfortable with her talking about it. I wanted to start a conversation. Mine was discovered in the very early stage so it's important to get that blood test done and to take notice of that blood test."

THE CULT's latest album, "Under The Midnight Sun", arrived on October 7 via Black Hill Records. The LP was produced by Tom Dalgety (PIXIES, GHOST, ROYAL BLOOD). Dalgety is the first British producer THE CULT has worked with since its second album, "Love" (1985).

Astbury and Duffy are the core of THE CULT, which also includes former WHITE ZOMBIE, EXODUS and TESTAMENT drummer John Tempesta.