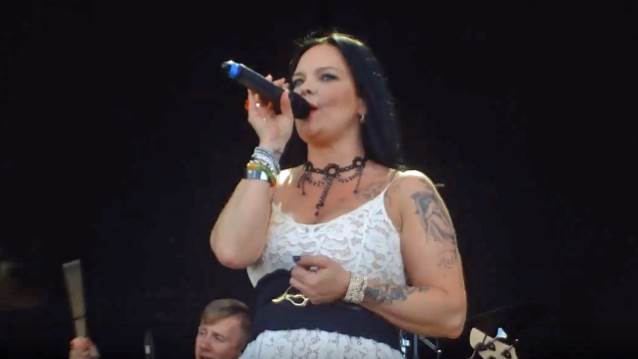 THE DARK ELEMENT, the new project featuring former NIGHTWISH vocalist Anette Olzon and Finnish guitarist and songwriter Jani Liimatainen, made its live debut this past Thursday, June 7 at the Sweden Rock Festival in Sölvesborg, Sweden. Fan-filmed video footage of their performance can be seen below.