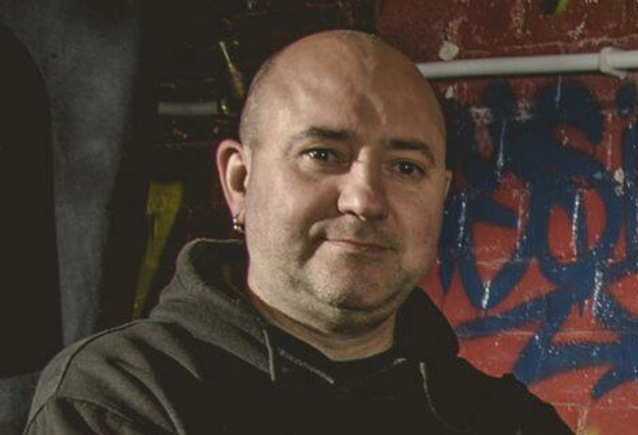 THE EXPLOITED drummer William "Wullie" Buchan, the younger brother of the band's lead singer Walter "Wattie" Buchan, suffered a heart attack Thursday night (March 11). Wattie revealed in a social media post earlier today that he is currently "in hospital waiting to see what's happening next" with his 56-year-old sibling, who has been a member of THE EXPLOITED, on and off, since 1983.

A punk rock band from Edinburgh, Scotland, THE EXPLOITED was formed in 1979 by Stevie Ross and Terry Buchan, with Buchan soon replaced by his brother Wattie. They signed to Secret Records in March 1981, and their debut EP, "Army Life", and debut album, "Punks Not Dead", were both released that year. THE EXPLOITED maintained a large cult following in the 1980s among a hardcore working class punk and skinhead audience. Originally a street punk act, THE EXPLOITED eventually became a crossover thrash band with the release of the "Death Before Dishonour" album in 1987.

Although THE EXPLOITED continues to perform live, it has not released any studio material since its last album, "Fuck The System", which came out in 2003.

Wattie's own health has made headlines in the past, including in 2014 when he suffered a heart attack while on stage. In 2017, while THE EXPLOITED was on tour, the singer again had to be hospitalized for what the band called a "very serious heart condition," adding that their frontman "almost died."