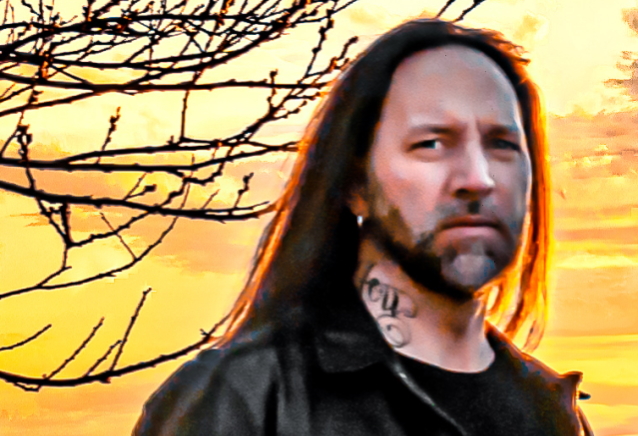 In a new interview with Metallerium, former IN FLAMES and current THE HALO EFFECT guitarist Niclas Engelin lamented the fact that physical copies of music are dying out, making music seem more disposable.

"I remember back in the '80s when I started embracing heavy metal and all things heavy metal, DIO was coming out with the album 'Sacred Heart' [in 1985] and I was maybe in the sixth grade or something like that," he recalled (as transcribed by BLABBERMOUTH.NET). "And they had this single out, 'Hungry For Heaven' — an amazing single. I bought the physical single with the bonus track on the B-side. And we had to wait until September for the album to come. That was the magic behind it, because you were playing the single back to back throughout the whole summer, and then the album drops the same day when we started school again. I remember this. And then at the same day, we saw a big poster, 'DIO is coming to Gothenburg in November.' 'My God. We've gotta buy the tickets.' And that was the magic about that. And you can only read it in magazines, maybe hear some snippets of some songs on the radio and maybe some interviews with [singer] Ronnie [James Dio] or [guitarist] Vivian Campbell or some member of the band. And that was the magic behind that. You had to think about it, 'Maybe they are living like this.' 'Yeah, he's living in a castle.' 'He's a knight.' We were making up stories within the mind and between your friends, and we were waiting for it. And that created a special magic, a special moment, because when the album hit the shelves, you were there, first-day buyer, buying the album and go home and just listen to 'Sacred Heart'. … That's magic. And today's society is totally different. I can look at my kids when they're playing music. 'Yeah, I love this artist.' 'What's the name of the song?' 'Eh, I don't know. Number five is good. And number seven.' They don't know. They don't care. 'Give me the song.' It's another thing nowadays. … You don't take the time to dive into the music. I mean, buying your favorite album, coming out of the store, holding it in your hand — whether it's CD or vinyl — you were, like, 'I need to get home straight away.'"

"Days Of The Lost" came out on August 12 via Nuclear Blast.