THE INFINITE STAIRCASE has been added to the "The Black Label Bash" tour featuring headliners BLACK LABEL SOCIETY alongside SEVENDUST and DOPE. The trek will kick off on March 22 in St. Paul, Minnesota.

Brothers Lenny and Jeff Cerzosie formed the basis for what would ultimately become THE INFINITE STAIRCASE around 2001-2002. Now joined by fellow musicians Paris Bierk (SEVERED HAND) on drums and Jared Hreha on bass, the band is working harder than ever to bring its dreams to reality and its music to the masses.

In the past few years alone, the group has independently managed to get featured on Fuse TV, perform on former "Saturday Night Live" comedian Jim Breuer's Sirius Satellite Radio show, get featured in the March 2008 issue of Metal Edge magazine (with a song being used on that issue's CD sampler) as well as open for the likes of CANDLEBOX, Jonathan Davis of KORN, HELLYEAH, SEVENDUST, ALTER BRIDGE, OTEP, BLOODSIMPLE, W.A.S.P., L.A. GUNS, WHITE LION, LILLIAN AXE, Eddie Ojeda of TWISTED SISTER, and many more. 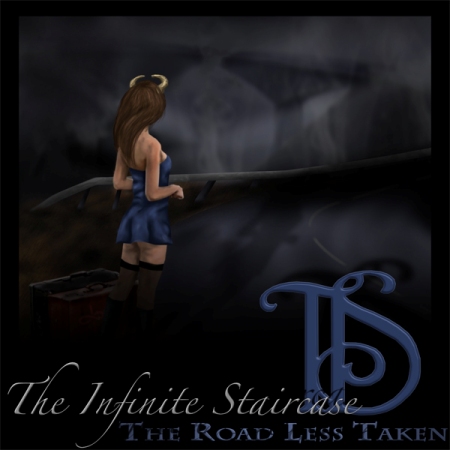