Video footage of Dutch death metallers THE LUCIFER PRINCIPLE performing four brand new songs on March 29, 2009 at Atak in Enschede, Holland can be viewed below (courtesy of "ErhanLiveMetal").

THE LUCIFER PRINCIPLE has set "Welcome To Bloodshed" as the title of its second album, due on May 15 via Apache Productions in collaboration with Suburban distribution. The follow-up to 2007's "Pitch Black Dawn" will feature artwork by Sieger Miedema and a guest appearance by GOD DETHRONED vocalist Henry Sattler.

"Welcome To Bloodshed" track listing (not the final running order):

The digipack version of the CD will include a video for the song "Graveyard Ave.". 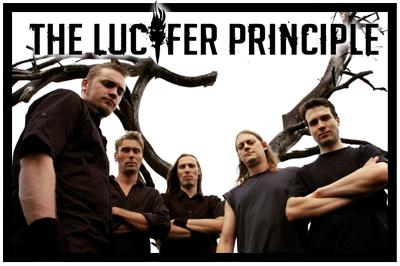