In the second half of the 1970s, when THE RUNAWAYS first burst upon an unsuspecting rock scene, the idea of an all-female teenage band playing raw, raging rock 'n' roll was a bit too much for mainstream American audiences. But the tenacious L.A. quintet persisted and ultimately proved their point, launching such infectious rock 'n' roll anthems as "Cherry Bomb", "You Drive Me Wild", "Queens Of Noise" and "I Love Playin' With Fire" into the rock lexicon.

Now, four decades after THE RUNAWAYS first swaggered onto the scene, the newly expanded LP edition of "The Best Of The Runaways" features three extra tracks and is proof the band's timeless brilliance. Released today on UMe, "The Best Of The Runaways" is issued on standard black vinyl as well as limited-edition fire engine red colored vinyl. There is also a special bundle with a RUNAWAYS t-shirt coupled with the limited editon colored vinyl available exclusively through uDiscover. This special bundle can be ordered here.

Both versions of the LP feature a new cover photo featuring the classic RUNAWAYS lineup of singer Cherie Currie, guitarists Joan Jett and Lita Ford, bassist Jackie Fox and drummer Sandy West. The 13-song collection features material drawn from such now-classic RUNAWAYS albums as "The Runaways", "Queens Of Noise" and "Waitin' For The Night", all originally released on the Mercury label.

In addition, UMe recently located the original tapes for the music video "Cherry Bomb" and uploaded the footage in HD to the band's YouTube channel to celebrate the release of "The Best Of The Runaways". Watch the HD version of "Cherry Bomb" below.

THE RUNAWAYS created hard-hitting rock 'n' roll with an unmistakably female point of view at a time when the music was largely limited to male performers. In the years since, THE RUNAWAYS have been acknowledged as musical revolutionaries and cultural innovators, and a key influence and icon for just about every female rocker who followed.

These tunes capture THE RUNAWAYS at their most raucous and uncompromising, combining rousing choruses, pointed lyrics and raw instrumental interplay, and once again demonstrating why their music continues to carry such transcendent rock 'n' roll power. 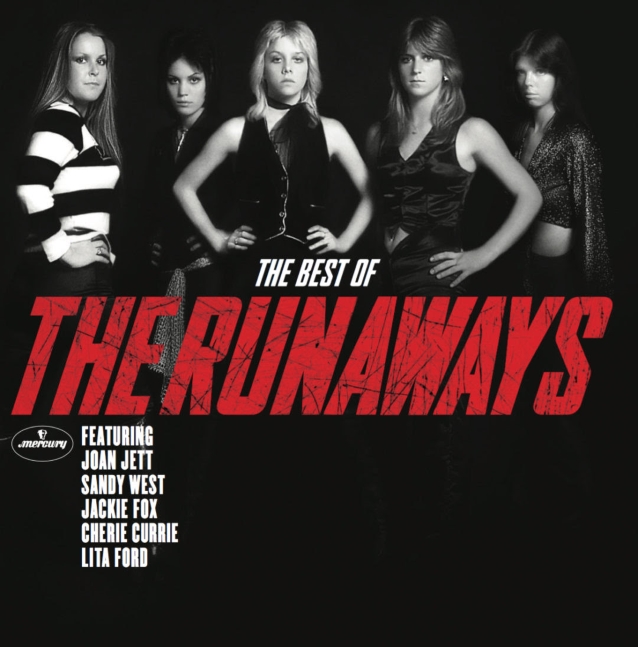 Find more on The runaways