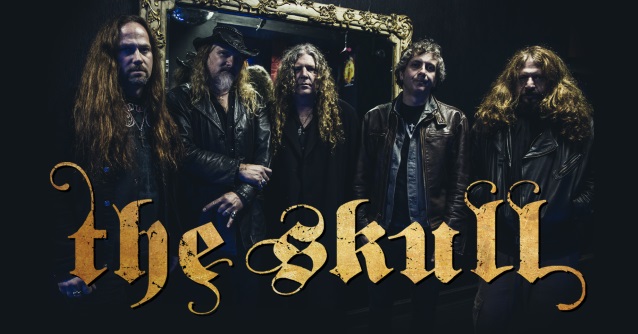 THE SKULL Feat. Former TROUBLE Members: 'The Endless Road Turns Dark' Album Due In The Fall

THE SKULL, the band featuring vocalist Eric Wagner and bassist Ron Holzner, formerly of metal legends TROUBLE, has completed work on its sophomore album. Titled "The Endless Road Turns Dark", the LP was recorded in Chicago's Decade Music Studios with engineer Sanford Parker (YOB, TOMBS) and builds on the foundation laid by THE SKULL's debut album, "For Those Which Are Asleep", a recording that landed at or near the top of a host of 2014 year-end best of lists. A fall release date is projected for the new LP.

To celebrate the completion of the new album, THE SKULL, which also features longtime CATHEDRAL drummer Brian Dixon, guitarist Lothar Keller (SACRED DAWN),and guitarist Rob Wrong (WITCH MOUNTAIN),has announced a spring U.S. headlining tour that will launch on April 18 in Rochester, New York. The 16-city jaunt will run through May 5 in Lombard, Illinois.

In a 2017 interview with Columbus Calling, Wagner stated about how advancements in technology have affected the way he makes new music.

"I like getting in a room together," he said. "I think it's important. The last SKULL record, we did the same thing. Everybody's got their riffs and their songs and when we get together. I used to go to rehearsals with a boombox and a cassette to tape it. Now I'm so spoiled, because it sounds almost like a record in a way. Obviously, we would never put one out like that, but it sounds so good to me, it sounds like I'm listening to a song instead of hurting my ears with a boombox tape. I think it's great, I can talk to the guy and say, 'Try this, try this and move shit around and edit,' and he'll send them back to me.

"Technology is definitely on our side in the studio," he added. "The trick is to make it sound human and not be totally reliant on those technology tricks. It's just like with anything — you use it as a tool, you use it to your advantage and you don't abuse it."