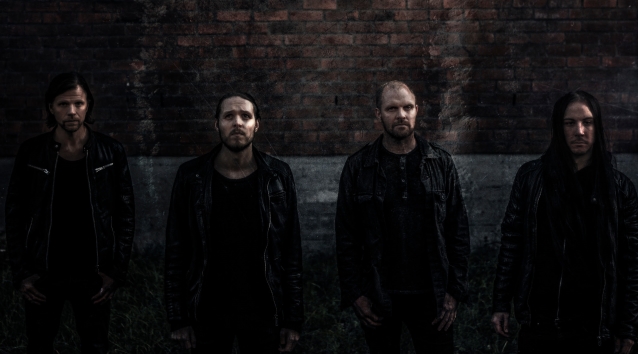 THENIGHTTIMEPROJECT has inked a deal with Debemur Morti Productions.

Not straying far from his most notable roots, THENIGHTTIMEPROJECT finds Fredrik Norrman walking a pleasantly nostalgic road for those familiar with his work in KATATONIA.

After a self-titled debut album (2016, Aftermath Music) and the "Anti Meridian" single (2017),the quartet is now working on a new album to be released under the Debemur Morti Productions banner in 2019.

The band's current lineup is:

A few notable guests will feature on what is expected to be a proper masterpiece.

Featuring Tobias Netzell of IN MOURNING fame, along with Nicklas Hjertton, formerly of MANDYLON, THENIGHTTIMEPROJECT's self-titled debut album was released in January 2016. The disc received rave reviews from the press, and with a mix of rock, metal, progressive, doom, post-rock and psychedelic elements, it is indeed an interesting ride for the listener.

In 2017, the band released the single "Anti Meridian" and Mattias Norrman (OCTOBER TIDE) joined the band on bass. Later that year, Tobias and Nicklas decided to leave the band due to lack of time.