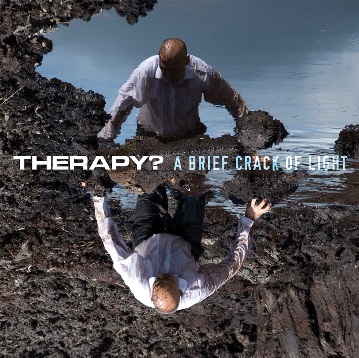 Irish rockers THERAPY? will release their 13th album, "A Brief Crack Of Light", on February 6, 2012 via Blast Records. The CD was recorded at Blast Studios in Newcastle and was produced by the band and Adam Sinclair. The artwork was created by acclaimed artist Nigel Rolfe, who previously worked on THERAPY?'s "Troublegum" and "Suicide Pact - You First" albums. A single, "Living In The Shadow Of The Terrible Thing", will precede the full-length effort on January 23.

Issued in March 2009 via Global Music, THERAPY?'s last studio album, "Crooked Timber", was produced by Andy Gill, a founding member and guitarist for the English rock group GANG OF FOUR, considered among the most influential post-punk bands. Gill also produced much of GANG OF FOUR's output, and albums for many other artists, including the RED HOT CHILI PEPPERS, THE JESUS LIZARD, THE STRANGLERS, THE FUTUREHEADS, MICHAEL HUTCHENCE, KILLING JOKE and THE YOUNG KNIVES.