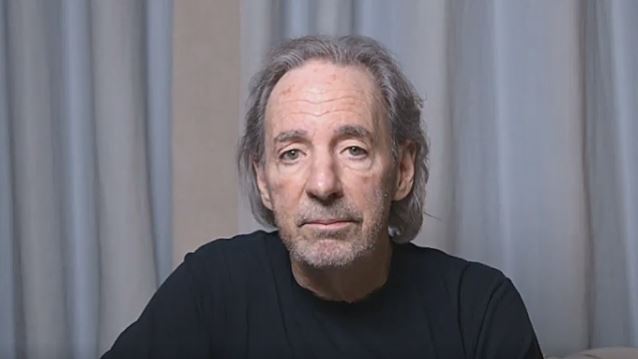 'This Is Spinal Tap' Co-Creator Sues VIVENDI For $125 Million

Harry Shearer, who played bass guitarist Derek Smalls in the 1984 "mockumentary" "This is Spinal Tap", has filed a $125 million lawsuit against Vivendi, the French media group that holds the rights to the movie.

Shearer alleges that Vivendi, which acquired the film in 1989, engaged in fraud to hide revenues. He claims the four creators of the movie were paid an aggregate sum of just $98 between 1989 and 2006 for royalties on soundtrack sales while merchandise sales generated income of $81 for them between 1984 and 2006.

"I think it's important to challenge the status quo, not just for myself but for all my fellow artists, musicians and creators," the 72-year-old said in a video posted on Twitter.

"It is stunning that after all this time... the only people who haven't shared 'Spinal Tap''s success are those who formed the band and created the film in the first place," he added.

"Vivendi and its subsidiaries... have, at least in our case, conducted blatantly unfair business practices," he said.

"This is a simple issue of artists' rights," added Shearer.

"I am just one person seeking redress for blatant injustice, but I hope this lawsuit will, in its own way, help set a new precedent for faithful and transparent accounting practices, and fair artistic compensation, industry-wide."

Rob Reiner's ("A Few Good Men") directorial debut, "This is Spinal Tap" has been hailed as "the funniest movie ever made about rock and roll" (Newsweek). Christopher Guest ("Best In Show"),Academy Award nominee Michael McKean ("A Mighty Wind") and Emmy Award nominee Harry Shearer ("The Simpsons") star as Nigel Tufnel, David St. Hubbins and Derek Smalls, a.k.a. SPINAL TAP. Satirizing the wild personal behavior and musical pretensions of classic rock gods, "This is Spinal Tap" presents a second-rate band made up of aging members who are desperately trying to cling onto what little fame they used to have. With Reiner starring as the documentary filmmaker, "This is Spinal Tap" also features hilarious performances by Billy Crystal ("When Harry Met Sally"),Ed Begley, Jr. ("St. Elsewhere") and Fran Drescher ("The Nanny"),among many others.

Inducted into the National Film Registry in 2002, "This Is Spinal Tap" has left an indelible mark on pop culture as evidenced by its numerous imitators and its esteemed spot at number one atop Entertainment Weekly's "Top 50 Cult Movies of All Time."

I’m going up against @vivendi and @studiocanal to ensure #fairplayfairpay for the movie #SpinalTap - #fairnessrockspic.twitter.com/fTG23OMbsW