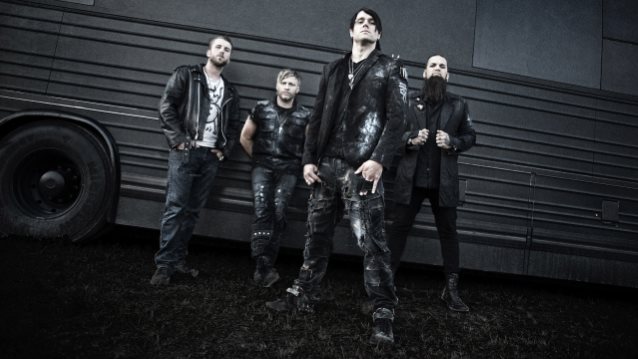 THREE DAYS GRACE has emerged out of the writing sessions for its sixth studio album to play a series of festival shows. It was at the Fort Rock event in Florida last weekend that The Pulse Of Radio caught up with drummer Neil Sanderson and asked about a timeline for when we could expect the new record. "We're starting recording in late July and we're probably going to take about six weeks, and so you know, by the end of the summer we'll be mixing and really gearing up for, you know, the tour and the release and everything," he said. "So I'd like to think that there will be new music by the end of the year. Can't guarantee that but we're in good scoring position [laughs] to have a record in our pockets by fall."

The band will play scattered festival dates through the end of May before heading to Russia and Poland in July.