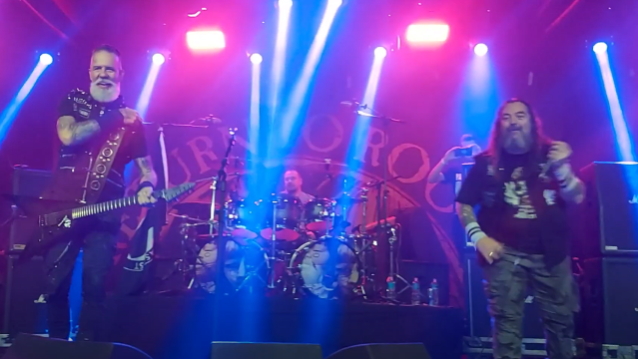 Former SEPULTURA guitarist Jairo Guedz joined Max and Igor "Iggor" Cavalera on stage on August 4 in Curitiba, Brazil and on August 5 in Rio De Janeiro, Brazil to perform the early SEPULTURA classic "Troops Of Doom", a song that Jairo co-wrote. Fan-filmed video is available below.

Jairo's new band THE TROOPS OF DOOM was the support act at the Curitiba, and Rio De Janeiro shows.

After Max exited SEPULTURA, there was a rift between him and Igor, one that was eventually repaired through the redemptive power of music. Some time had passed and Max and Igor were unable to resist the musical pull in their magnetic fields and their musical collaboration was renewed. The duo came back for round two with CAVALERA CONSPIRACY, which released its debut album, "Inflikted", in March 2008 and follow-up effort, "Blunt Force Trauma", in March 2011.

Max and Igor kicked off the 2022 "Return Beneath Arise" tour in May in Albuquerque, New Mexico. The trek sees them performing select tracks from SEPULTURA's seminal "Beneath The Remains" and "Arise" albums. 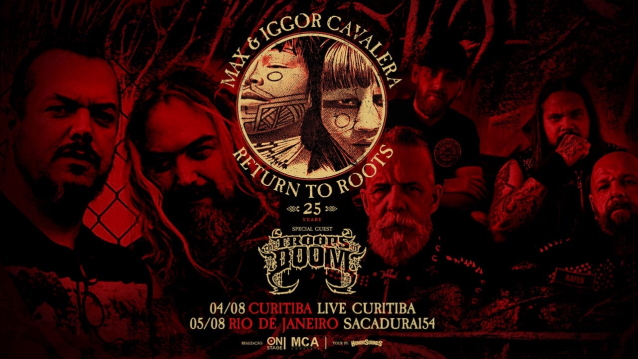