THY ART IS MURDER Singer CHRIS 'CJ' MCMAHON: 'We're A Band Of Dickheads'

Impericon.com recently conducted an interview with drummer Lee Stanton and vocalist Chris "CJ" McMahon of the Australian deathcore band THY ART IS MURDER. You can now watch the chat below.

Asked how they manage to be a serious metal band and funny at the same time, McMahon said: "We're actually a band of dickheads."

He continued: "I know, as a child, I was always told by my mother and teachers and whatnot that I was very unique as a person. I wasn't any better or worse than the normal person, but, like… We're good at some things, [but] not so good at others. And I think I found other people like me. Some of them are very different to me, but they're like me in the sense that they're very unique characters. So I think we just got lucky, all of us being Australian and very unique on top of that. And we just don't give a fuck as well. We do what we wanna do; we don't do anything because it's cool, or 'cause someone's telling us to do it. Every aspect of our lives — whether it's the way we dress, the way we talk, the way we party, the way we write music, the way we do anything — we do it how we wanna do it. If it's right or wrong, or different, or people don't think it's fucking cool, we don't care. So we stay true to ourselves and to what we're doing… We're just being us. We've just got five unique dudes that are fucking doing what they wanna do, and people like it and think we're funny… We think we're dickheads."

Regarding whether it's harder for an Australian band to be successful, Stanton said: "Being Australian sort of separates us a little bit more towards the other bands, but it is a lot harder and a lot more expensive for Australian bands to come to Europe or go to America. It's cheaper for us to fly to New Zealand than it is to fly to the other side of our country. So it's a big financial strain on a lot of bands, and I think a lot of people just aren't willing to take that risk and make that jump. And if you wanna do it, you've gotta do it… pretty much."

Added McMahon: "Like Lee said — I didn't even think of it until he said it, but he's fucking spot-on — being an Australian band, it works for us and then it works against us. It works for us, because we're very unique. Our population is just over 24 million people, and any nationality or color or race can be Australian, so I think Western and European people when they meet the typically white Australians — because we're very rare, just being Australian — people always seem to be really nice to us, based on our nationality. Even if we're at a hotel or a casino or a pub or a bar or a club or something, they don't even know we're in a fucking band, they just know we're Australian, and they're automatically friendly to you. Anywhere we go in the world — Russia, U.K., Germany, fucking America, Canada, Mexico… wherever the fuck we are, man. So that works for us, 'cause people… So many times a year, I hear, 'Oh, I've never met an Australian before. This is cool.' It's, like, we're treated as exotic animals."

He continued: "But, yeah, like Lee said, the cost of touring for us is sooo much more than any other band. You fly to America from [Europe] in fucking seven hours and it costs you, what? Five hundred euros, four hundred euros? A flight for us, just to get us and our crew from Australia and all our guitars from America and our tour manager from America, it costs us twenty grand in flights to do a European tour. So what we're paying for one tour, an American band can come to Europe, or a European band can go to America, and do fucking nearly three tours. I always get a bit pissed off about money, but we can't change the world's economy or the currency value of it. And we can't tell the airlines to make our flights cheaper. There's nothing we can do other than just do what… That's normal for us. So it's, like… We fucking love what we do."

Rising from the unhallowed wastes of Western Sydney, THY ART IS MURDER successfully cleaved a trail of blood and mayhem since their inception in 2006. With the acclaimed "Infinite Death" EP (2008) and their debut album, "The Adversary" (2010) firmly establishing their name in the global metal music scene, the band has traversed highways and autobahns all around the world, playing 342 tour dates alone in support of their Nuclear Blast Entertainment debut, "Hate" (2012),which landed at No. 35 on the Top 40 ARIA chart — the highest chart debut of any Australian extreme metal band.

Known for their tireless work ethic, THY ART IS MURDER performed at Summer Slaughter 2014 aand 2013, headlined their own "Hate Across America" tour in 2013, and supported EMMURE and BORN OF OSIRIS in 2014, playing throughout the U.S. more times in a two-year period than any other Australian band in any genre of music. 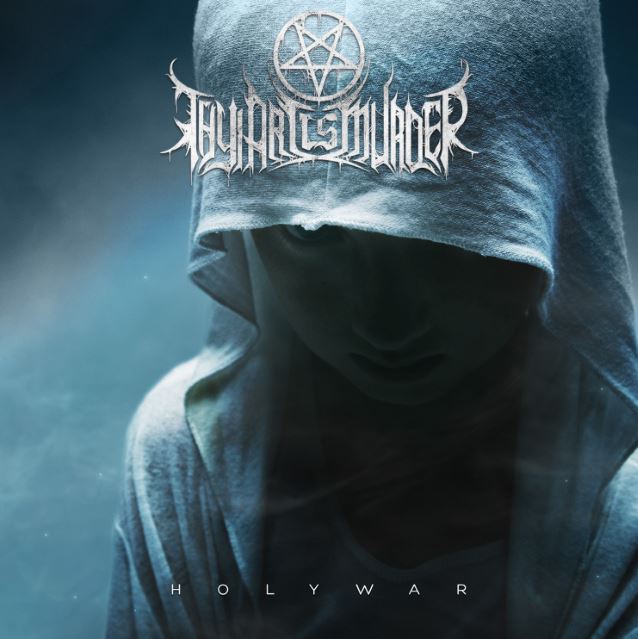