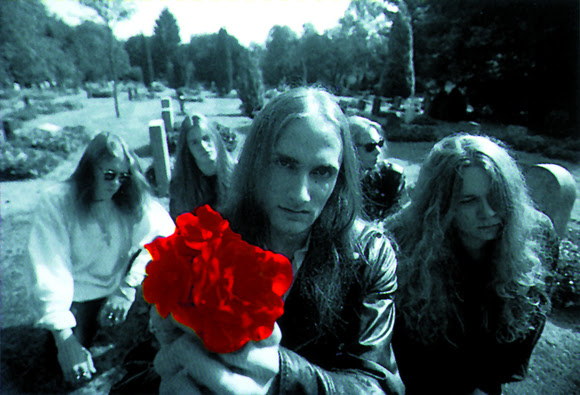 TIAMAT's 'Clouds' To Be Reissued In February

Originally released in 1992, this record expanded TIAMAT's musicality and atmosphere to greater heights, picking up their darkened death and black metal roots and helping to create the fine mixture to allow the birth of true gothic metal. It was a testimony of darkness and dream, with moving atmospheres that placed TIAMAT at the top of its game, paving the way for the magnificent "Wildhoney" in 1994.

With highlights like "The Sleeping Beauty", "In A Dream", "Scapegoat" and "Smell Of Incense", Alma Mater will release "Clouds" as a very special limited edition, fully re-mastered on vinyl, with the original artwork and liner notes. To add to the equation, there will be three different LP colored editions to celebrate this great reissue: gold, purple and white.

Set for a release on February 22, 2019, the pre-order for this timepless piece and very limited edition is available at this location.

As TIAMAT sets up to return with a new album in 2019, this year seems to be perfect to pick up this classic as the band is now playing exclusive shows with the "Clouds" repertoire.