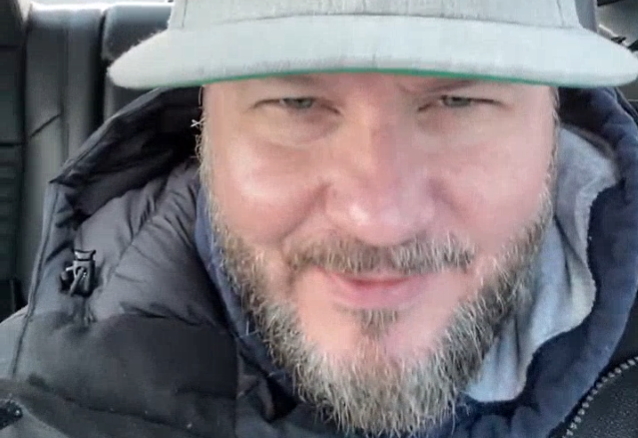 Former JUDAS PRIEST singer Tim "Ripper" Owens says that he "loves" making videos for Cameo, the online platform that allows fans to buy personalized video messages from celebrities. The 54-year-old vocalist is charging purchasers $40 per video and he is offering a "24-hour delivery." Tim is charging $245 for a video for business use.

Speaking to George Dionne of Metal Express Radio, Owens said (as transcribed by BLABBERMOUTH.NET): "I would love to get some [Cameo requests for videos as a way to] break up with somebody or something like that, or 'I hate you' or any of those. I haven't gotten any of those. They're almost all… [Wishing someone a] happy birthday is, obviously, [a common request] or a happy anniversary — just to cheer people up. Some people have gotten bad news and they want their buddy to be cheered up."

He continued: "It's really fun. I enjoy doing them. I usually do 'em right before or after I walk into the gym, so I'm always in my car and my sweat clothes. But I love doing 'em, and I usually make 'em worth it. Sometimes I realize I'm talking for three or four minutes on these things. If you watch the other ones, they're really quick, and mine just goes forever… I enjoy it, and people get a good one."