Musician and activist Tom Morello has released a reimagined version of his song "Every Step That I Take" exclusively on Amazon Music. Originally released on his 2018 album "The Atlas Underground", the new Amazon Original version features rock heavyweights PORTUGAL. THE MAN and rapper Vic Mensa and is available to stream and purchase now.

"Vic Mensa, PORTUGAL. THE MAN and I did an acoustic reimagining of 'Every Step That I Take' off my album 'The Atlas Underground'," Morello explains. "Was so great collaborating with these super talented friends. The sonic conspiracy continues!"

"Tom and I did this acoustically once before and it was great," John Gourley, frontman of PORTUGAL. THE MAN says. "But Vic Mensa really blew me away with what he did on this recording."

"It's always a dream come true to rock with Tom on anything, I'm his biggest fucking fan," say Vic Mensa. "Me and John actually met at like my 22nd birthday party at my house when I got cake faced by my girlfriend, so it was awesome to do some music together."

"The Atlas Underground" marked Morello's latest and most ambitious artistic effort of his storied career, which includes founding RAGE AGAINST THE MACHINE, AUDIOSLAVE and PROPHETS OF RAGE. The album left critics raving, with Rolling Stone praising the album as a "rap-rock/EDM throwdown… the results are explosive."

Since releasing that album last year, Morello has been hard at work, developing a special SXSW performance that featured Questlove and Bay Area rapper K. Flay and benefited the American Civil Liberties Union. Following the performance, the ACLU announced Morello as an official ambassador for their prison reform initiative, the Campaign for Smart Justice. The organization also partnered with Morello for his upcoming tour, where the famed activist/musician will perform songs from his new album that touch on many of the social justice issues that the ACLU works on, including from immigration rights, police brutality and criminal justice reform, and voters' rights.

Following his headline tour, Morello will join MUSE on all three of their U.K. stadium dates this June.

Amazon Music listeners can find Morello's reimagined version of "Every Step That I Take" on the playlist "Control Alt Repeat," providing a global stage for alternative fans to find new releases from established acts, or discover their next favorite band. Customers can also simply ask, "Alexa play the Amazon Original by Tom Morello" in the Amazon Music app for iOS and Android and on Alexa-enabled devices. In addition to the new track, Amazon Music listeners can access hundreds of Amazon Originals featuring both emerging and established artists across numerous genres, available to stream and purchase only on Amazon Music. 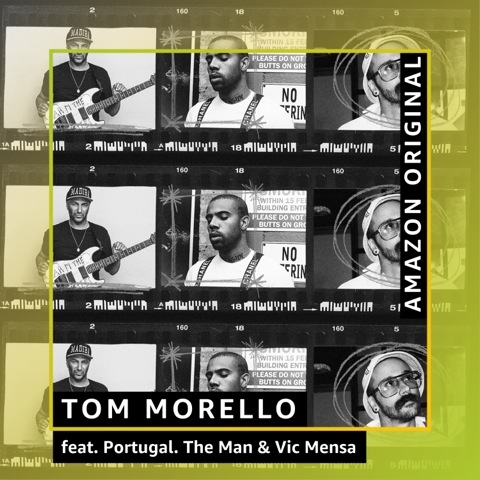