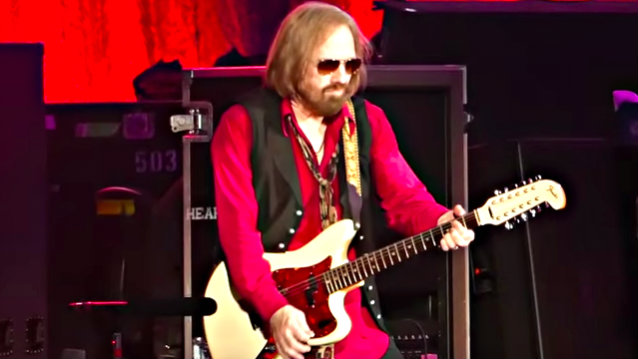 TMZ has obtained audio of the 911 call Tom Petty's wife made last night (Sunday, October 1) after she found him unconscious and not breathing in his Malibu home. He was taken to UCLA Santa Monica Hospital and put on life support.

According to TMZ, the dispatcher tried to get Dana York to administer CPR, but Tom's wife needed help. You hear another man take the phone but then Dana takes it back. She hears very soft breathing, tries CPR and it seems he breathes better. Listen to the call below.

Petty reportedly went into full cardiac arrest at his home and rushed to the hospital. EMTs were able to find a pulse when they found him, but TMZ reported that the hospital found no brain activity when he arrived. A chaplain came to administer last rites and a decision was made to pull life support with a "do not resuscitate" order from his family. He is not expected to live through the day.

A Los Angeles Police Department spokesperson tweeted that "the LAPD has no information about the passing of singer Tom Petty. Initial information was inadvertently provided to some media sources. However, the LAPD has no investigative role in this matter. We apologize for any inconvenience in this reporting."