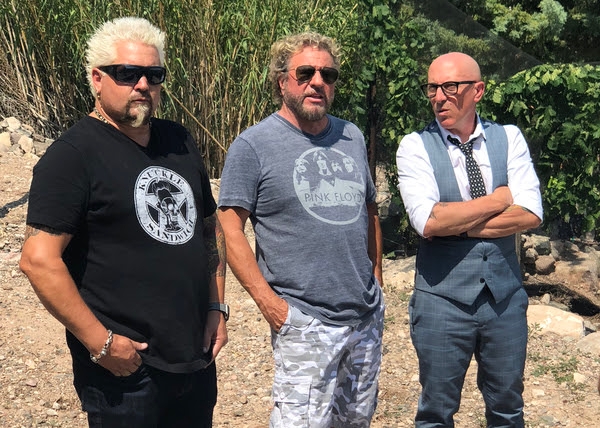 Sammy Hagar cruises to Jerome, Arizona for a spirited sit-down with TOOL frontman Maynard James Keenan in an all-new episode of "Rock & Roll Road Trip With Sammy Hagar" — airing Sunday, July 7 at 8 p.m. ET / 5 p.m. PT on AXS TV. Catching up at Keenan's Caduceus Cellars winery, Hagar gets the Grammy-winning icon to open up about his passion for food, wine, music, and more.

In the exclusive first look below, Keenan reveals the high school experience that would help shape his unique songwriting style. "I remember running cross-country in high school, and everybody has their own breathing rhythms, right?" he says. "It's just supposed to be in-out, right? I was actually running to the [footsteps]. So, if you're going over hills, or down hills, or in chuck-holes, or whatever, my breath would follow those rhythms."

During these runs, he would listen to remixes of his favorite songs by artists such as AC/DC, PINK FLOYD, KING CRIMSON and Joni Mitchell. "Odd time signature stuff," Keenan explains. "And that was kind of like the running. You're kind of following some of that… So, just naturally it's easier for me to write to things that are outside four-four."