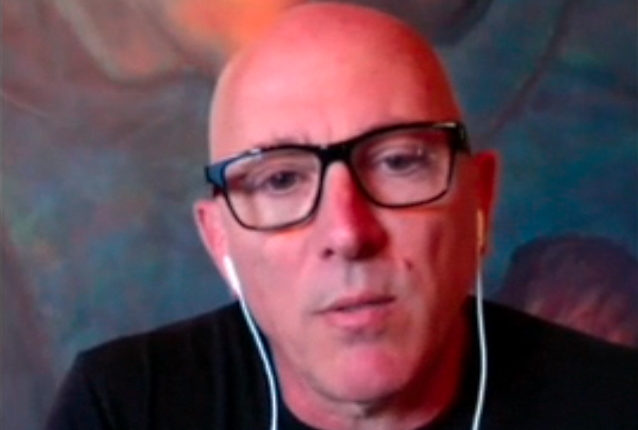 TOOL frontman Maynard James Keenan says that he is hopeful about the future despite the fact that the coronavirus pandemic has exposed deep gaps in our economy and society.

Keenan explained to Apple Music's Zane Lowe: "I feel like we're going to go through a lot of changes; we're going to go through a lot of growing pains — and not all of us are going to make it through those growing pains. That's the hardest part, as a human being to really grasp: that you might not be a part of what happens over the crest in that new valley. You just might not be there because you didn't pay attention to the basics."

He added: "It's just understanding patterns, and understanding human nature and where we're going. Although they might seem specific, they're not. They're human experience. At my age I've seen quite a few things and have tried to keep open-minded about things — not always assuming you're right just because you're successful, and kind of reevaluate those things."

Keenan, who has lived in a remote part of Arizona for the past 25 years, told The Pulse Of Radio a while back what he feels are important objectives for people to focus on. "We need to concentrate on the war against apathy and ignorance, so we need to concentrate on becoming, you know, more involved in what happens to us as individuals and us as a nation and as a global community," he said.

TOOL was set to embark on an extensive spring tour in support of its latest album, "Fear Inoculum", but has postponed the entire outing due to the coronavirus pandemic.

Last month, TOOL drummer Danny Carey revealed that he hopes to get together soon with guitarist Adam Jones and bassist Justin Chancellor to begin working on music for a new EP.