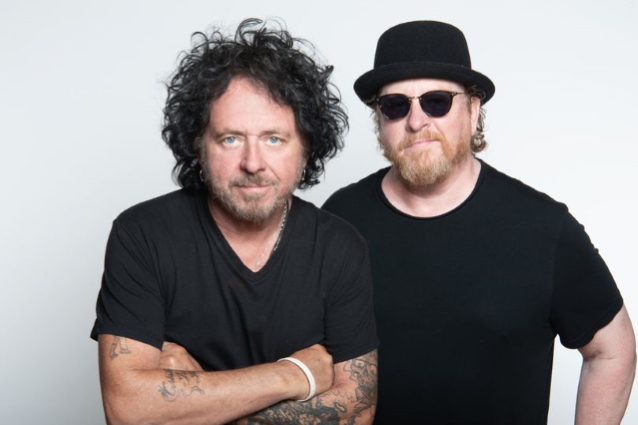 TOTO will return to the road in early 2022. The band will begin the "Dogz Of Oz" world tour in Las Vegas, Nevada on February 25. Initial dates on sale this week are presented below, while additional appearances will be announced in the coming weeks.

In April and May 2022, TOTO will perform an additional 18 shows in U.S. arenas with JOURNEY. In July and August, the band will be touring in Europe headlining festivals, alongside performing in arenas and large theaters which include an already sold-out appearance at Amsterdam’s Ziggo Dome.

TOTO's "Africa" recently crossed the threshold of one billion streams on Spotify. This accomplishment speaks to the continual discovery of the band's repertoire, alongside the multi-generational fan base enjoying a composition that is nearing 40 years since the band's album "IV" was released. Co-writer David Paich shares: "This surpasses a dream come true! Thank you to our family, friends and fans! 'Africa' is the result of a team effort in the studio – resulting in musical magic! And thanks to Spotify for helping TOTO connect with so many awesome listeners. I know my co-writer Jeff Porcaro would be smiling and celebrating this moment with us." Cumulative Spotify streams exceed 3.3 billion plays.

TOTO will stage 18 appearances with JOURNEY in arenas across the United States. The run begins on April 7 at Pechanga Arena in San Diego, California and ends on May 11 at XL Center in Hartford, Connecticut.

TOTO recently released "With A Little Help From My Friends", a recording of a special November 21, 2020 concert when guitarist Steve Lukather, singer Joseph Williams and Paich appeared with the new lineup of TOTO for a global event originating from Los Angeles. They were joined by bassist John Pierce, drummer Robert "Sput" Searight, keyboardist/background vocalist Steve Maggiora, keyboardist Dominique "Xavier" Taplin and multi-instrumentalist/vocalist Warren Ham. This lineup marks the fifteenth incarnation of TOTO in consideration of band members or sidemen who joined or exited. In the DVD and Blu-ray versions of the set, a documentary is featured alongside the performance, which includes commentary from all members of the band that appeared that evening.

This past June, Lukather confirmed to Jeff Gaudiosi of MisplacedStraws.com that there are no plans for TOTO to record new music. "There's not gonna be another TOTO record," he said. "What we do is we continue doing what we do. Joe and I can make [solo] records and have some of the cats on it. And we can go out and play as TOTO. And if we get the audience, we pay off the people that sued us, and we go forward."

Lukather continued: "I'm gonna dig in. I don't roll over easily. I've taken a lot of punches over the last 45-plus years — whatever the hell it is; it's a long time. So I can take a punch, man, and I've taken a whole lot of 'em on falsities. But that's okay. It's behind me now. I let it all go. Peace and love to everybody. I don't carry around any hate. I'm, like, 'Okay, life changes. I'm sorry.' It broke my heart too. But it's like getting over a divorce — you've gotta get back on the horse again and do it. And that's what we plan on doing. There's no malicious vibe or, 'I'm gonna get even with anybody.' It's just such a waste of time. I'm 63 years old, man. I don't wanna play the games anymore." 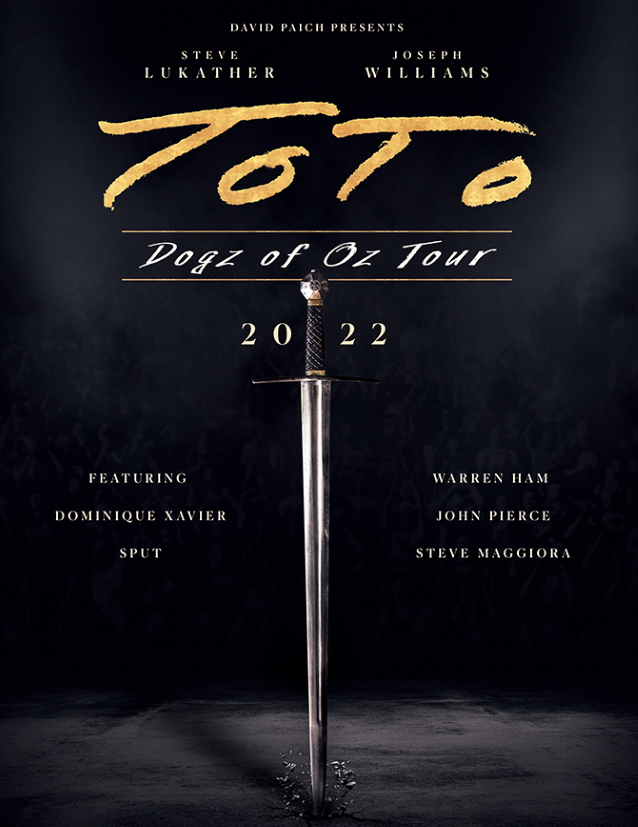