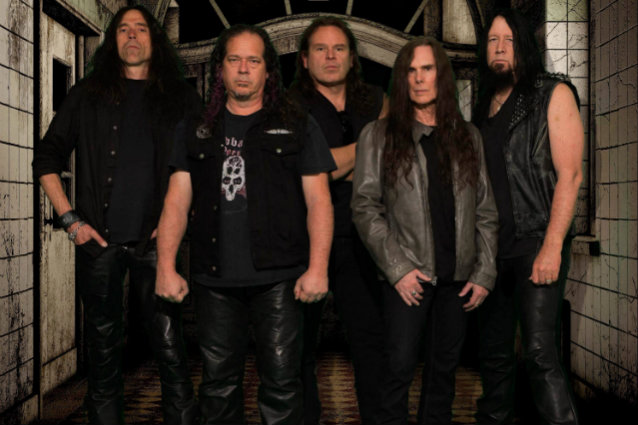 The official lyric video for the song "The Rage" from TRAUMA, best known as the band that Cliff Burton played with prior to hooking up with METALLICA, can be seen below. The clip was created by Andy Pilkington of Very Metal Art.

"The Rage" is taken from TRAUMA's new album, titled "As The World Dies", which was released on May 11.

With an eye on the past but focused on the future, "As The World Dies", produced by guitarist Joe Fraulob, is certain to be a landmark third album, staying true to TRAUMA's signature sound that came before but with a very modern edge.

TRAUMA, formed in 1980, is the band responsible for the much-sought-after classic '80s album "Scratch And Scream", featuring killer cuts like "The Day All Hell Broke Loose" and "Lay Low". Cofounder/vocalist Donny Hillier and longtime TRAUMA drummer Kris Gustofson have put together a monstrous lineup of amazing players. Guitarist Joe Fraulob is a former member of DANZIG; Steve Robello plays guitar in DUBLIN DEATH PATROL (the Bay Area supergroup formed by the singers of EXODUS and TESTAMENT),and was formerly with the group HEIST; bassist Greg Christian, the newest addition to TRAUMA, was a member of TESTAMENT.

"As The World Dies" consists of 10 tracks: 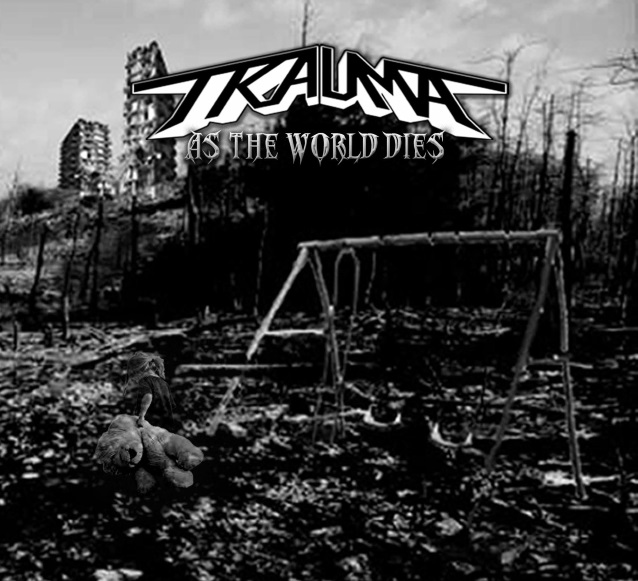