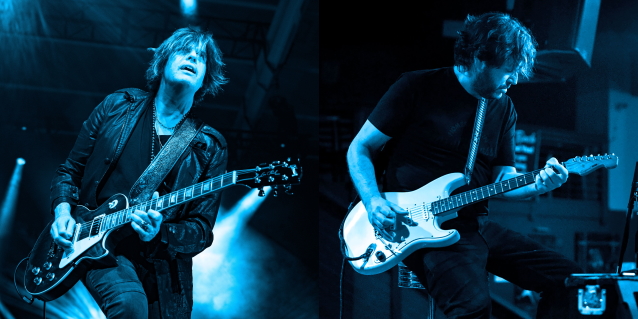 Dean DeLeo, guitarist and songwriter from STONE TEMPLE PILOTS, and renowned Nashville session player Tom Bukovac have joined forces for a collaborative project, TRIP THE WITCH. Their self-titled debut album, which is out now, is a collection of 10 dynamic, mostly instrumental songs, with a myriad of sounds and styles — ethereal soundscapes, crunching power chords, vocal-like guitar melodies, kaleidoscope atmospherics and jazz elements all with a cosmic connectivity.

Meeting via e-mail through a mutual friend, Dean and Tom were both huge fans of each other's work. They began chatting on the phone, hit it off immediately and decided to make a record.

The album was written and recorded entirely online during the pandemic, with the pair sending videos back and forth, building ideas. "I'd send him a riff and he'd send me a riff back," says Tom. "After a while, we had a million riffs and started assembling them into songs." Dean adds: "It was such a thrill to have a track, send it to the other person, and then have anticipation and excitement of getting it back and hearing what the other had done." The two have still not met in person.

The album's astral opening track, "Saturn We Miss You", is highlighted by the inimitable vocals of legendary YES frontman Jon Anderson. As two avowed YES fanatics, they e-mailed Jon the instrumental track with the songtitle and were beyond ecstatic when a few days later Jon responded, writing lyrics and recording his vocals on the track.

The official music video for "Saturn We Miss You" can now be seen below.

As for what comes next for TRIP THE WITCH? "We'd love to take this on the road," says Dean. We've talked about it quite a bit, and I think it would be an incredible amount of fun." Tom adds, "There's a wealth of material left over from our sessions, so we could easily make a second album." 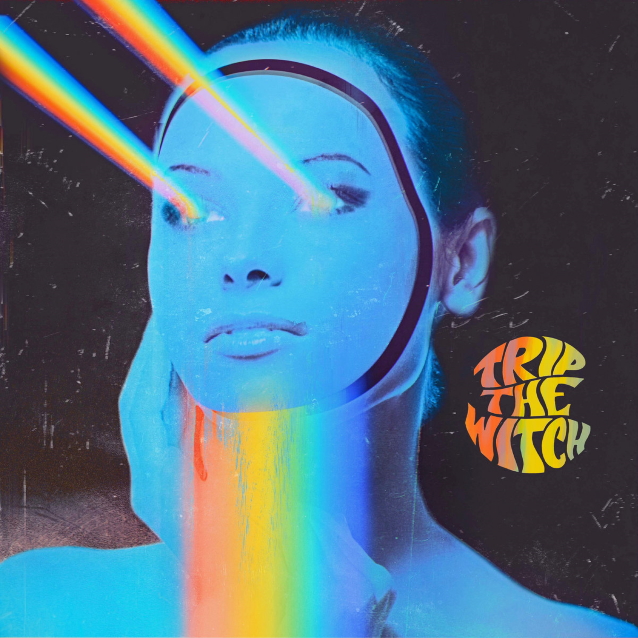