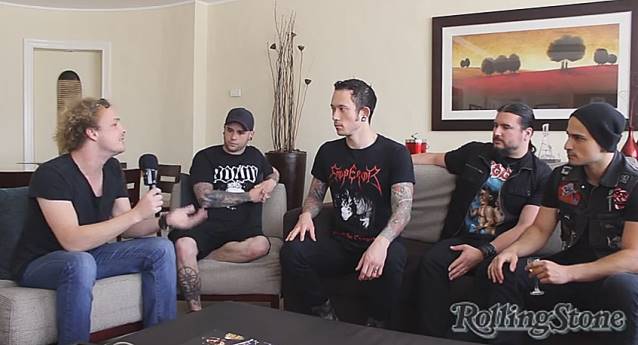 South Africa's Rolling Stone caught up with members of the American metal group TRIVIUM in Cape Town on Thursday, March 6, the day before their first RAMfest performance at Villiersdorp this weekend. They discussed life on the road; their latest album, "Vengeance Falls"; physical and digital record sales and social media, among other things. You can wath the chat below.