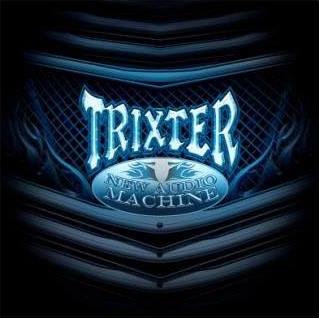 "Tattoos & Misery", the new video from reunited good-time rock and rollers TRIXTER, can be seen below. The track is now available on iTunes. Click here to purchase.

Commented TRIXTER frontman Pete Loran, "After all these years playing and recording with this band, I would say I am most proud of this record!" Lead guitarist Steve Brown added, "'New Audio Machine is everything TRIXTER was and everything we are now. I can't wait for the world to hear it!"

Formed in Paramus, New Jersey in 1984, TRIXTER's self-titled debut album attained gold status (reaching #28 on The Billboard 200 in 1990),and spawned three minor hit singles: "Surrender" (#72),"One In A Million" (#75),and "Give It To Me Good" (#65). Despite the fact that none of the singles made the Top 40 or garnered much radio airplay, the videos for all three tunes were in heavy rotation on MTV (especially "Give It To Me Good", which was #1 on the channel for several weeks). A follow-up effort, "Hear", came out in 1992, but failed to reach the same commercial heights. The band recorded an album of cover songs, "Undercovers", in 1994, which garnered little commercial success, and TRIXTER broke up shortly after its release.

TRIXTER announced the reunion of its original lineup in 2007 and has since played a number of shows, including the Rocklahoma festival in 2008.

TRIXTER will take to the road beginning in May to support the new offering.