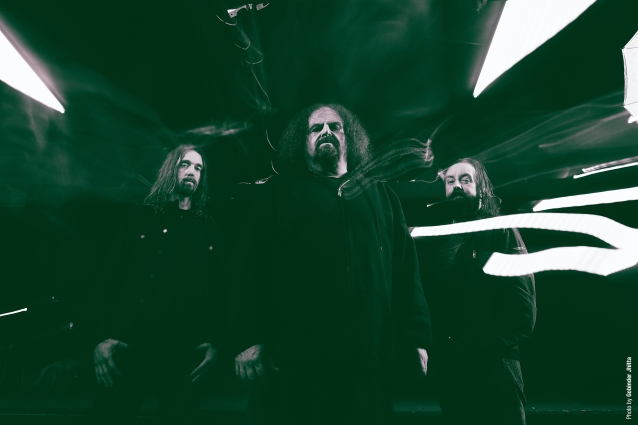 U.K.-based outfit TRONOS has released an EPK-style interview video for its debut album, "Celestial Mechanics", which has just been made available via Century Media Records. In the clip, TRONOS members Shane Embury (NAPALM DEATH, BRUJERIA) and Russ Russell (AT THE GATES, DIMMU BORGIR, NAPALM DEATH) discuss the formation of the group as well as exclusive details about "Celestial Mechanics". The project sees them teaming up with drummer Dirk Verbeuren (MEGADETH, SOILWORK) for a rocketing load of dark fractured colossal and apocalyptic metal.

The greatest, most enduring music often emerges from a meeting of mercurial minds. Having worked closely for decades, Embury and Russell have long since established an instinctive creative rapport. After deciding upon the core ideals of their new venture, the task creating the music for what after long years of work is now TRONOS's debut album, "Celestial Mechanics", sent these two maverick extremists into mind-altering cosmic realms. With firm roots in avant-garde extremity and psychedelic sludge, "Celestial Mechanics" is a record with spectral grit and ornate disquiet hidden in its dizzying, deftly-assembled layers. Such is the strength of the material on this wildly eccentric slab of heaviness.

01. Walk Among The Dead Things
02. Judas Cradle
03. The Ancient Deceit
04. The Past Will Wither And Die
05. A Treaty With Reality
06. Voyeurs Of Nature's Tragedies
07. Birth Womb
08. Premonition
09. Beyond The Stream Of Conciousness
10. Johnny Blade (BLACK SABBATH cover) 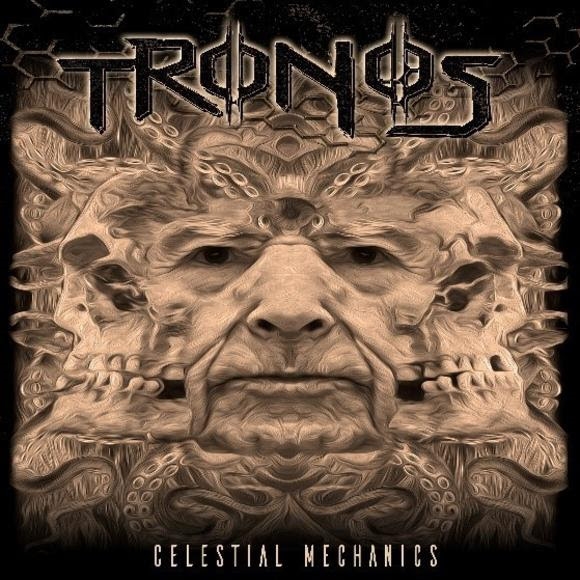