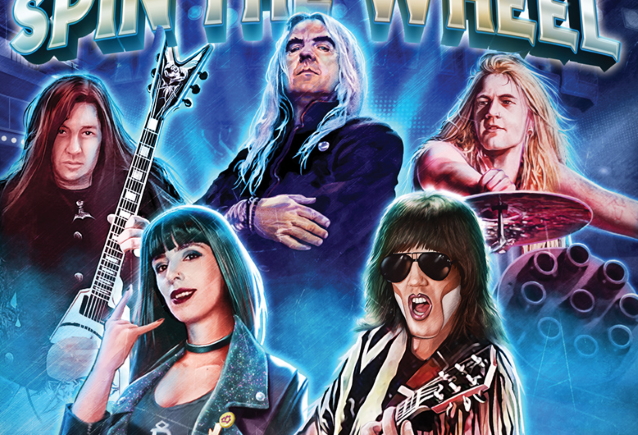 With COVID-19 plaguing the world during 2020, the international heavy metal community came screeching to a near standstill. The silence became deafening. And then one day, like a bolt of lightning, an idea came to Metalreels: What if you brought together a bunch of the heaviest hitters in the world and had them all contribute to just one song? How about, for instance, Biff Byford of SAXON on vocals, Eric Peterson of TESTAMENT on guitar, Jay Jay French of TWISTED SISTER on guitar, powerhouse drummer Hannes Van Dahl of SABATON and, finally, bassist extraordinaire Cecilia Nappo of BLACK MAMBA?

Well, as things turned out they were all happy to go along with that idea, and now Metalreels is very pleased to present the final result, the "Spin The Wheel" project.

"Spin The Wheel" will be available for streaming on all major digital platforms and as an "in the studio" video. There is also a limited-edition physical release on 12-inch gatefold-sleeve black vinyl, exclusively available through the Metalreels.com web site, featuring the following tracks:

1. "Spin The Wheel" (written by Biff Byford and recorded by the mentioned all-stars)

2. "The Devil Rides" - DEMON (taken from the "Soundtrack For The Game") 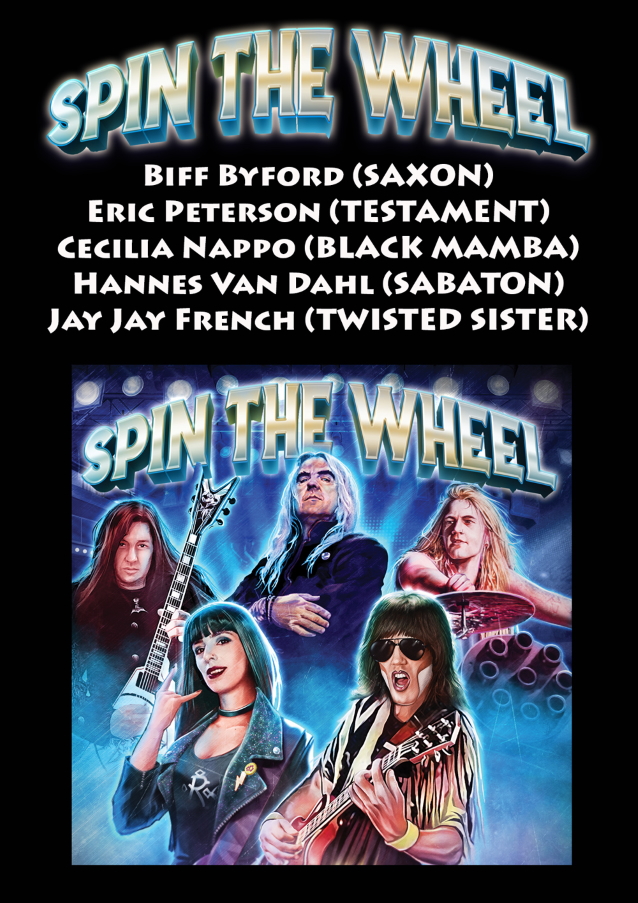