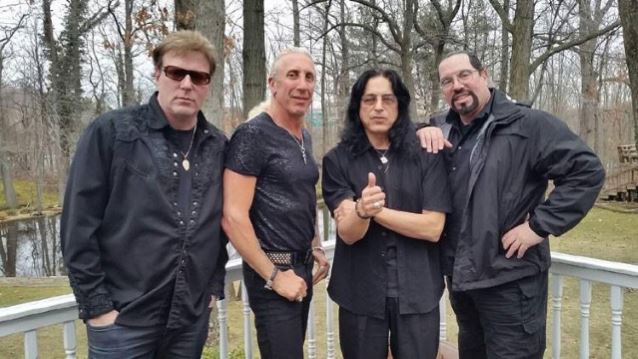 TWISTED SISTER will embark on its final tour, dubbed "Forty and F**k It", in 2016, the band's publicist has confirmed.

To honor the memory of TWISTED SISTER's fallen drummer, A.J. Pero, two shows will take place this spring on the East Coast and West Coast. The first, on May 30 at the Hard Rock Hotel and Casino in Las Vegas, will be filmed for broadcast, DVD, and CD. The second, for the A.J. Pero family, is scheduled on Saturday, June 13 at The Starland Ballroom in Sayreville, New Jersey.

Additionally, fulfilling all concert obligations that have been made for the remainder of 2015 (in several different countries),TWISTED SISTER wants its fans to know all festival dates that they have been advertised as playing will happen.

Portnoy joined Jay Jay French and the surviving members of ADRENALINE MOB on stage on March 21 at the Starland Ballroom in Sayreville, New Jersey to perform the TWISTED SISTER classic "You Can't Stop Rock 'N' Roll" as a tribute to the two bands' drummer, A.J. Pero, who died one day earlier of a suspected heart attack. Video footage of the performance can be seen below.

Jay Jay French revealed last month that TWISTED SISTER will "honor" Pero by fulfilling its touring obligations this year with the help of "a professional drummer who is a friend."

Writing on his blog at his blog at Preview.inc.com, Jay Jay said: "I realize that our collective history is so long, so deep, so intertwined that A.J.'s death has shaken us to the core. It made me realize the fundamental connection that we as a band and as a company share as friends with a nearly 40-year history."

He continued: "This company employs a lot of people and has created a business model that is the envy of many of our fellow bands.

"We will honor A.J. during our shows this year. A professional drummer who is a friend will be filling in shortly. This will allow us to fulfill our touring obligations and, most importantly, give us some space to make some very hard decisions about our future."

Jay Jay added: "We are surely not the same kids who had a dream 40 years ago to become 'rock stars.'

"We carry the scars to prove it.

"We are adults who run a business, and businesses must go on, even through a curtain of tears."

A couple of days after Pero's death, TWISTED SISTER singer Dee Snider told a TMZ cameraman that the group would "probably" would keep playing, "for [A.J.'s] family, because his family will benefit from us playing, financially."

French sounded less certain about the band's future when he told radio host Eddie Trunk on March 23 that "it may be time" for TWISTED SISTER to call its quits in 2016 to coincide with the 40th anniversary of French, Snider and Ojeda first playing together. He said: "We need to look at this and say to ourselves, as a live, breathing entity, on which our reputation totally rests on — being a great live act — how do we honor that history? And how do we honor A.J.? And how do we honor the fans' loyalty? And I think you know me and Dee and the band enough to know that we are totally realistic and genuine when it comes to our relationship with our fans." 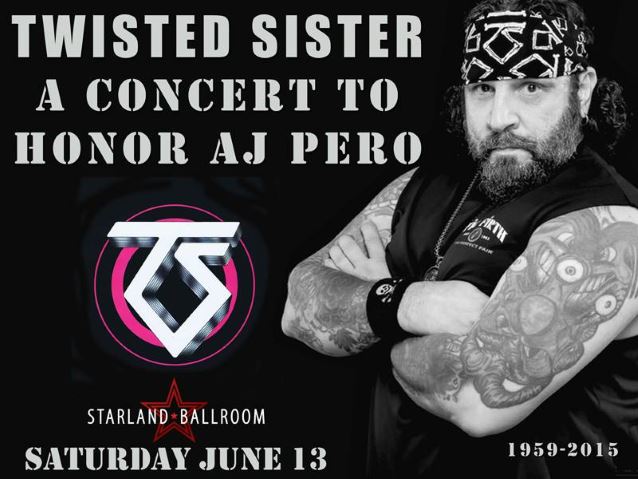