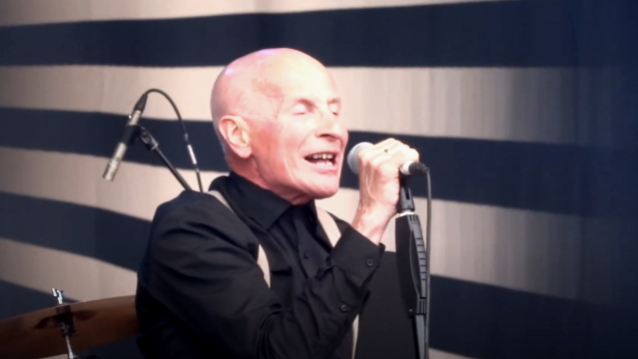 UFO frontman Phil Mogg is recovering after suffering a heart attack last week. The 74-year-old British-born musician was rushed to the hospital where he had two stents implanted into his coronary arteries. This is known medically as a coronary angioplasty and aims to re-open the blocked coronary artery by inserting one or more stents. This helps keep the narrowed artery open.

UFO's farewell tour was scheduled to kick off on October 15 at the De Casino in Sint-Niklaas, Belgium and run through a final show at the Fuzz Club in Athens, Greece on October 29.

In a statement, UFO said: "A few days ago, frontman Phil Mogg suffered a heart attack. The British singer extraordinaire has already undergone surgery. Yesterday, on Thursday September 1st, 2022 — after having performed several detailed examinations in the past days — the doctors pronounced a strict performance ban for Mogg until further notice. This is why the entire Last Orders farewell tour, which was supposed to lead across Europe from October 15 to 29, 2022 before ending in Athens, had to be cancelled.

"If and when the tour or — at the very least — individual shows can be made up for, is currently completely unclear and will depend on Mogg's recovery, among other things. His rehabilitation therapy will be starting in about six weeks. According to the doctors, it is not yet possible to give any concrete statements about the duration and scope of the treatment."

Mogg also released a personal statement, saying: "I have just got back from my doctors, and obviously asked amongst other things my resuming work, playing, touring, etc. She said most definitely not, unless you want another heart attack. So there it is, I have to go on a rehabilitation program which starts in about six weeks and lasts for six weeks. Three months more or less. I certainly didn't want to bow out in this fashion, as I am sure you chaps didn't."

Last year, UFO announced that it would embark on its final tour featuring a series of exclusive concerts in summer 2022 to bid farewell to its fans in style. UFO was scheduled to play the very last concert of in Athens, where the band performed its first show featuring current guitarist Vinnie Moore in February 2004.

When UFO's final concert was first announced, Mogg was anticipating this very special farewell show with mixed feelings, while also very much looking forward to UFO once again meeting their extensive fan base between summer and autumn 2022.

Mogg, who turned 74 in April, said: "After so many years with countless highlights, fantastic experiences and lots of beautiful memories — as well as some difficult moments, naturally — it'll be a worthy finale to say goodbye to your fans in person. I know that there are bound to be some very emotional moments on both sides."

UFO guitarist/keyboard player Paul Raymond died in April 2019. He appeared on more than a dozen of UFO's albums, including "Lights Out" and the live classic "Strangers In The Night".

Dear all, this is to inform you that the October run had been cancelled!