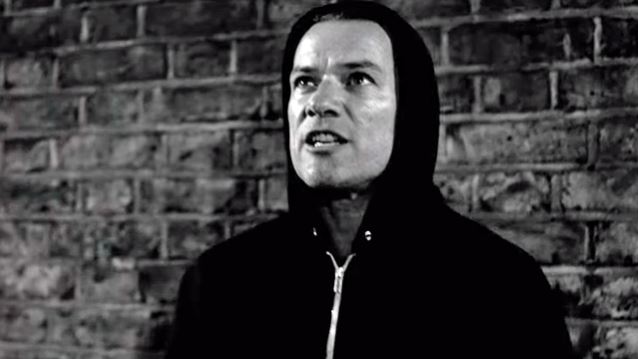 UGLY KID JOE's video for the song "Under The Bottom" can be seen below. The track features a guest appearance by MOTÖRHEAD guitarist Phil Campbell, who also appears in the clip.

"Under The Bottom" is taken from UGLY KID JOE's latest full-length album, "Uglier Than They Used Ta Be", which was released in North America in October 2015 via Metalville/UKJ Records. The CD was recorded at JT Studios and Balance Studios in Louisiana with producer (and UGLY KID JOE guitarist) Dave Fortman (SLIPKNOT, GODSMACK, EVANESCENCE).

Whitfield Crane (vocals) and Klaus Eichstadt (guitar) teamed up with Sonny Mayo (guitar),Shannon Larkin (drums),Zac Morris (drums),Cordell Crockett (bass) and Dave Fortman (guitar) to form the now seven-member lineup (a.k.a. "Seven-Headed Monster") and write and record in the studio. The result is the most cohesive sounding UGLY KID JOE record to date.

In addition to the nine newly written original songs, the album features a couple of cover songs, including RARE EARTH's version of "Papa Was A Rolling Stone", with Australian chart-topping vocalist Dallas Frasca lending her unmistakable vocals behind Crane, and the MOTÖRHEAD classic "Ace Of Spades", with a very special guest appearance from Phil Campbell, who lends his signature sound to the timeless track. Campbell also appears on the songs "My Old Man" and the aforementioned "Under The Bottom".

UGLY KID JOE will embark on a 36-date European tour in the fall. Frontman Whitfield Crane says: "You can expect a kick-ass rock and roll show."

UGLY KID JOE released three full-length albums and toured extensively throughout the 1990s before disbanding in 1997. The group reunited in 2010.