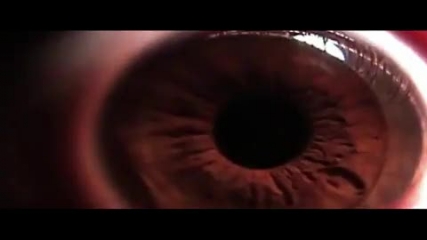 "Watch It Burn", the new video from Massachusetts metallers UNEARTH, can be seen below. The clip was directed by Scott Hansen (A DAY TO REMEMBER, IWRESTLEDABEARONCE, MAYLENE & THE SONS OF DISASTER) and is described in a press release as "a dark and disturbing video to match the equally bleak lyrics of the song."

Commented UNEARTH vocalist Trevor Phipps: "This video captures both the energy we put into every performance as well as imagery of the dark lyrical content of 'Watch It Burn'. We want to thank Scott Hansen and his crew for their hard work delivering such a sick video for our fans to see."

Fans that have seen UNEARTH perform live on their recent trips to Alaska, Japan and on the band's U.S. and Canadian tour with CHIMAIRA may have noticed a new face on stage. The guy behind the kit has been none other than up-and-coming musician Nick Pierce.

Pierce is a self-taught drummer who's been playing since age 10. He grew up playing for local bands in the Seattle/Tacoma area (CULLING THE WEAK, ETERNA NOCTURNA, EMBALMED) as well as Los Angeles-based band THE FACELESS. Nick first sat in behind the kit for UNEARTH in May of 2011 during their two show trip to Alaska. UNEARTH discovered Pierce on YouTube where he had been covering UNEARTH songs, among many other bands, on a series of videos on his YouTube channel.

Comments UNEARTH vocalist Trevor Phipps: "Nick is a beast of a drummer and a great guy to hang with. I look forward to jamming with him around the world for years to come." Guitarist Buz McGrath adds that Pierce has a "great attitude, energy and the knowledge that we can throw the most insane riffs at him and he can create and adequately perform next level beats for said riffs makes it a little easier to sleep at night."

Stated Nick Pierce: "I've been a fan of UNEARTH for many years and I'm excited to shred with a great group of guys and support our fans."

"Darkness In The Light" was recorded at Zing Studios in Westfield, Massachusetts with producer (and KILLSWITCH ENGAGE guitarist) Adam Dutkiewicz. The effort was mixed by Mark Lewis (THE BLACK DAHLIA MURDER, WHITECHAPEL, DEVILDRIVER, TRIVIUM) from Audiohammer Studios in Sanford, Florida.