GUNS N' ROSES has denied that the release of the band's new video for the song "Better" is being held up by a legal matter involving METALLICA drummer Lars Ulrich.

A December 29, 2008 online posting by Fernando Lebeis, who is a known associate of GUNS N' ROSES frontman Axl Rose, implied that Ulrich's image was featured in the clip and his release form needed to be signed before the video could be distributed and promoted to music video television programmers worldwide.

Responding to questions on the GUNS N' ROSES fan board MyGNRForum.com regarding the delay in the release of the "Better" clip, Fernando Lebeis wrote, "Tell Lars to OK the vid and it's done. That's all that is pending." When asked by a fan who the "Lars" was that he was referring to, Fernando replied, "Lars Ulrich. We are pending his release form to be signed."

After this story was originally published, Fernando Lebeis contacted BLABBERMOUTH.NET to say that his posting (which has since been edited/removed) on MyGNRForum.com "was a fun comment and not an attack on Lars." He also included the following official statement from GUNS N' ROSES regarding the matter:

"Lars isn't holding anything up with our video. Our message board comments were meant casually, in fun and amongst friends. Unfortunately, someone with Blabbermouth may have taken things a bit out of context and made them into a bit more than they are in reality.

"Our apologies to anyone who may have been confused.

"We hope to have our video out shortly.

Ulrich was reportedly seen backstage at a number of GUNS N' ROSES shows on the band's 2006 tour and even performed the song "Out Ta Get Me" with GN'R on December 15, 2006 during Axl Rose and company's headlining appearance at the Oracle Arena (formerly Oakland Arena) in Oakland, California.

"Better" is the second single from GUNS N' ROSES' new album, "Chinese Democracy", which sold 56,000 copies in the United States in its fourth week of release to land at position No. 33 on The Billboard 200 chart. The CD has shifted 421,000 units since it was released on November 23 as a Best Buy exclusive after a wait of more than 15 years. 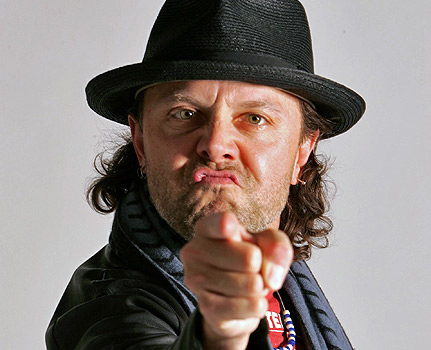