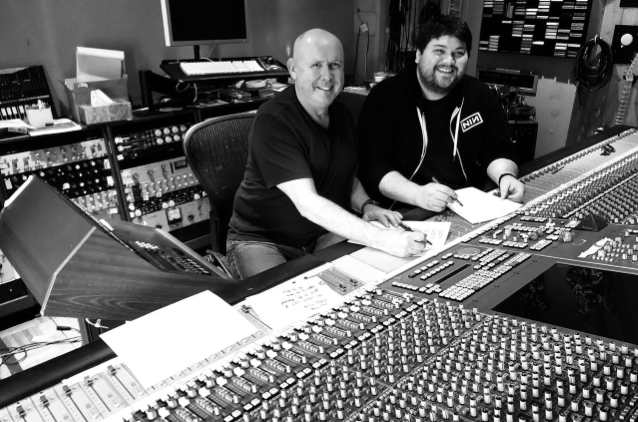 VAN HALEN bassist Wolfgang Van Halen has signed a deal with Explorer1 Music Group for the release of his debut solo album. According to Billboard, Wolfgang is in "the final stages" of recording the LP with producer Michael "Elvis" Baskette at VAN HALEN's 5150 Studios in California. The announcement calls the set "a collection of diverse material...original songs ranging from haunting ballads to stomping rock classics, on which [Van Halen] recorded all the instruments and vocals himself."