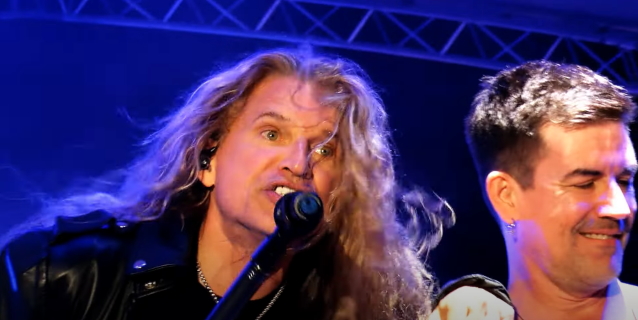 Multi-camera video footage of MITCH MALLOY'S VH EXPERIENCE performing the VAN HALEN classic "Unchained" at the Destin concert can be seen below.

In 2018, Malloy joined GREAT WHITE as the replacement for Terry Ilous. He left the band earlier this year and was replaced by Andrew Freeman.