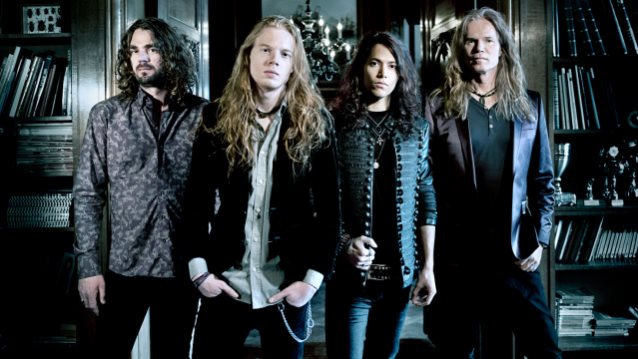 The band is currently in the studio recording its debut album for a February 24, 2014 release. An extensive European tour will follow.

"We are proud to have joined the Mascot family," says Adrian. "It's a great company with fantastic people that love the music they work with. The band is raring to go and prove itself to the world, so we're anxious to finish the album and get it out there and I'm very happy that Ed van Zijl is giving us the opportunity to do so."