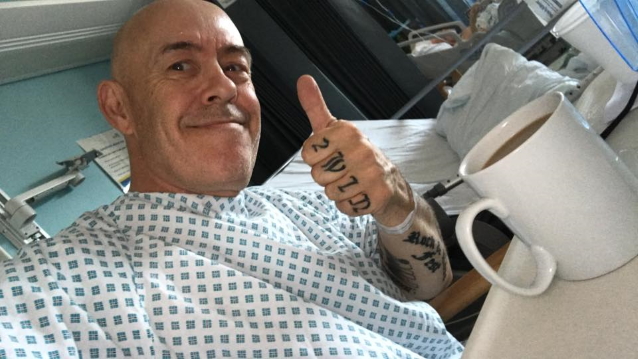 Former VENOM and current VENOM INC. singer and bassist Tony "Demolition Man" Dolan underwent hip surgery last week (Thursday, August 15) at a hospital in London. The frontman had postponed the procedure for the last three years due to the ongoing obligation with VENOM INC., causing him to be in constant pain, on and off stage. Dolan reports to Lords Of Metal that he is doing well and he had his first careful walk on crutches on the next morning. In the meantime, he is back home recovering.

He said: "The pain is not so bad. I just feel happy that it is done at last. I've had an accident as a 12-year-old kid, when I was hit by a car and landed flat, after the car had thrown me 20 feet straight up in the air. The last ten years, I've been attempting to get help, and the last three years in VENOM INC., there was always a reason why it couldn't happen, mostly due to rescheduling at the hospital. It came to the point I could wait no longer; I could barely walk after Wacken. So I am very happy it is finally done and I can look forward."

After performing at Wacken Open Air in early August, VENOM INC. took a break from touring in order for Dolan to undergo this operation and to focus on writing the band's new album, the follow-up to 2017's "Avé". 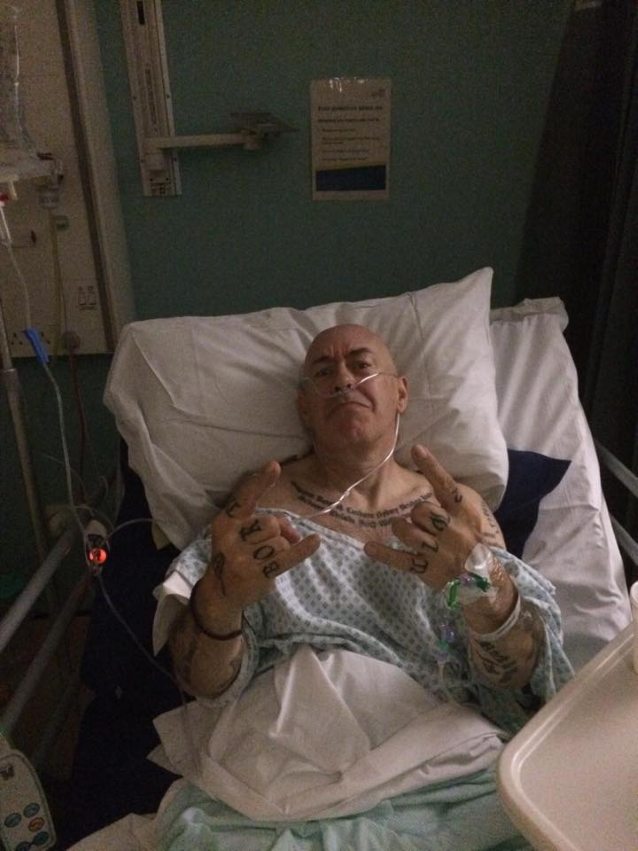