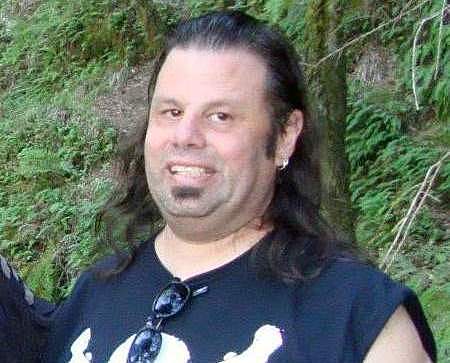 Veteran San Francisco Bay Area heavy metal musician Jon Torres, who played bass and guitar for a number of the region's most acclaimed cult acts, including ULYSSES SIREN, HEATHEN and LÄÄZ ROCKIT, died Monday night as a result of a reported heart failure.

At the time of his death, Torres was married to REPULSA vocalist Tambre Bryant. They have a daughter, Cassandra.

In a 2006 interview with Earth-Dog, Torres spoke about why he felt ULYSSES SIREN never achived the same commercial success as some of their peers, such as TESTAMENT and EXODUS. "There are many reasons, in my opinion," he said. "I'd have to say the number one reason was alcohol and substance abuse mixed in with a heaping dose of testosterone added to the toxic soup. Second: SIREN never had the contacts and or management that some of the other bands had, and even if we did, we probably would have fucked that up as well. Also, we had a real love-hate relationship involved between members."

Torres also talked about his time with LÄÄZ ROCKIT and how he became involved with the cult Bay Area thrash metal act. "I got a tryout with LÄÄZ through my longtime friend Walter Morgan," he said. "I'd had enough of SIREN and Walt asked me if I'd like to try out. At first, I flat out told him no. I had never really liked the band. The first record was good but when I heard 'Annihilation Principle', I changed my opinion. Good record. I auditioned and got the gig."

He continued: "I could write a book about the 2 1/2 years I was with LÄÄZ. I'll give you the short version for now. I had a blast with LÄÄZ. The tours and the vids and records were a great time and learning experience I'll never forget."

"I will say that Jon was ahead of his time.

"When I first met him in WARNING, METALLICA and LÄÄZ ROCKIT were just as unknown. It was the start of the San Francisco thrash scene, and he was one of the musicians who started it! He was a badass guitar player, who was also a band leader, writer, and very talented shredder. He only switched to bass at my suggestion, to get him into a world wide touring band. so he switched to bass and learned four LÄÄZ ROCKIT songs in less than a week, and got the gig. He was, I thought, a better guitar player and songwriter.

"He was in WARNING, ULYSSES SIREN, ANGEL WITCH, LÄÄZ ROCKIT, HEATHEN, and many more projects and bands.

"In the music scene, there are real people, fakes and poseurs. Jon was as real as you could get. He had a wonderful wife, Tambre, who really complemented him and took care of him, and loved him deeply. [She] gave him a daughter, his pride and his joy. While I see her grow up, I can see Jon in her. In fact, she has a lot of Jon in her — his fire, his love, his independence, his antics, his good nature, his facial expressions, even his temper at times. He loved her like a father loves his child, and seeing so much of himself in her put a smile on his face.

"Jon always supported his wife and child, and I think Jon got out of music early to be a good husband, father, and provider first, and do music as a side project after. Now that's a real man.

"Jon was a great, groundbreaking musician who helped create a metal scene here in San Francisco and never did it for fame or money. He did it with his heart and soul. He never had a 'rock star' ego; he was just a kid that grew up in San Francisco, embraced life and made it count. He was a hard-working union electrician while still playing in bands through his life; he did both. More than a few times, he bought some of the equipment for the bands he was in — always giving to make it happen.

"I was lucky to see him just last week at his house. We talked, we joked, we laughed, we gossiped, we caught up, like we always do. We talked about some old stories and old times, and when I left, I hugged him like I always have whenever I would see him. Because he meant a lot to me and everyone that knew this special friend.

"I know all his ex-bandmates, friends and the metal scene will miss him deeply, and remember the wild times they had, and loved him as a person first!

"Jon Torres touched a lot of people. and our hearts and prayers go out to his wife, Tambre, and his daughter, Cassandra. God bless him always."

Photo above courtesy of Walter Morgan