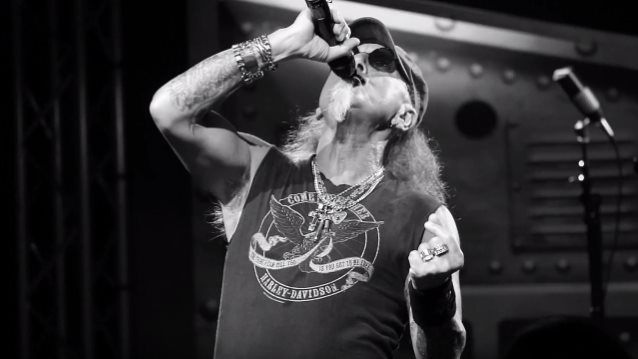 Fan-filmed video footage of ACCEPT's September 30 performance at The Rose in Pasadena, California can be seen below.

ACCEPT's new album, "The Rise Of Chaos", was released on August 4 via Nuclear Blast.

Guitarist Wolf Hoffmann told Spain's MariskalRock TV about the disc: "It was recorded by the same team as the last three albums — it was Andy Sneap producing and Mark Tornillo on vocals and Peter Baltes [bass] and myself in the band. We have two new members, but other than that, it was recorded and written exactly the same way as all the other previous three albums. [It was] recorded mainly in Nashville, mixed in England. And, yeah, we took all of last year to write the songs, and I think it sounds [like] typical ACCEPT."

The cover artwork for "The Rise Of Chaos" was created by the Hungarian artist Gyula Havancsák.