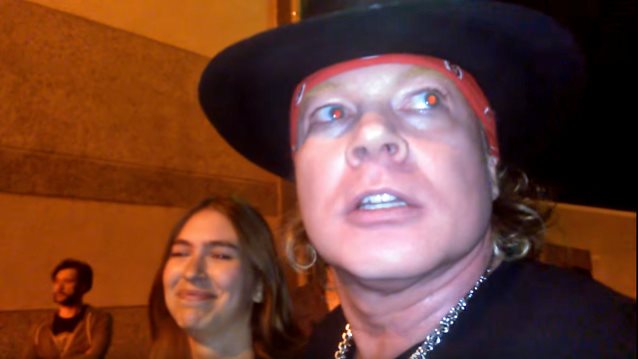 Video footage of GUNS N' ROSES frontman Axl Rose meeting with fans in Lisbon, Portugal after his last rehearsal with AC/DC on May 4 can be seen below. Also available is a clip of Rose and AC/DC guitarist Angus Young inspecting the stage at Passeio Maritimo de Algés in Lisbon, two days before their May 7 show at the venue.

As previously reported, Axl said it was his idea to approach AC/DC about helping them complete the last twelve dates of their world tour after Brian Johnson was advised to stop playing live or "risk total hearing loss".

"I called the day I read about it in the news, that there was a situation going on with Brian's hearing," Axl told BBC News.

"I called a guy who's their production manager right now... because I knew there was going to be a problem with having dates on sale and dates sold and stuff like that. So if I could help, and if I was able to do it, and they were interested, I'd love to help. And that's how it started.

Rose also said he didn't know whether he would be able to sing some of the songs that AC/DC has been playing in its set during the "Rock Or Bust" world tour.

"A lot of the 'Back In Black' stuff is really challenging. I'm not here in any way out of any disrespect to Brian. I can't take anything away from his singing at all," he said.

"He's a great singer and it's really challenging to sing it. I'm just trying to do it justice for the fans."

Axl will make his debut with AC/DC in Lisbon.

"I'm happy and excited in one sense, but I think it would be inappropriate to be celebrating, in a certain way, at someone else's expense," he said.

"That's not what I'm here to do. It's an unfortunate situation."

Angus told BBC News that he had extensive talks with Johnson before the singer decided to step down from AC/DC.

"In his heart he wanted to finish [the tour], but because of that hearing factor he had to make the decision," Angus said.

"It's a hard thing to do, and he'd had the problem since we kicked off touring. It was his call. It was a shock to us too.

"The last thing you want to do is walk away from something, but you don't want someone in a tragic situation; being deaf, or any other affliction." 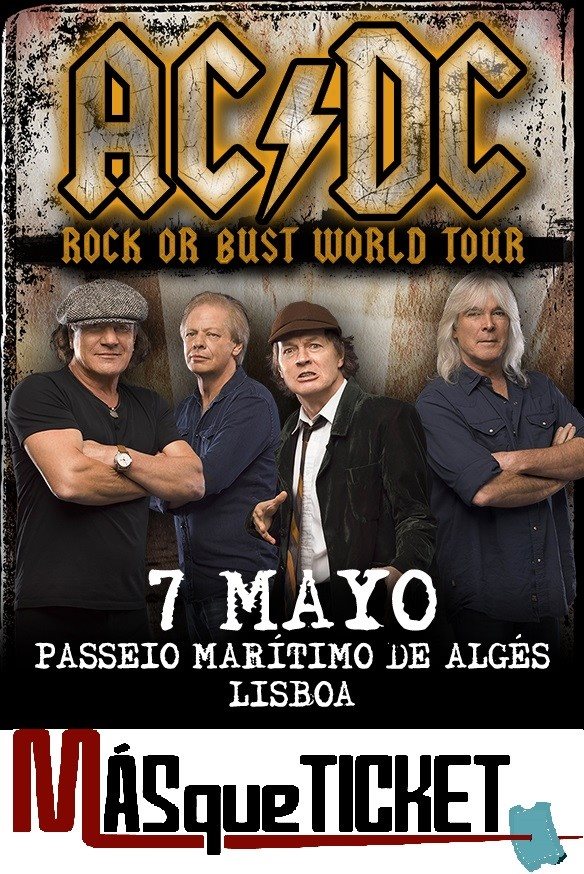