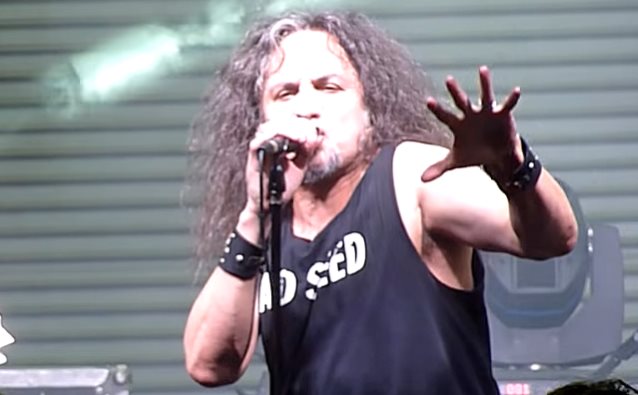 Video footage of DEATH ANGEL's April 9 performance at the NorCal Tattoo And Music Festival in Sacramento, California can be seen below.

DEATH ANGEL's new album, "The Evil Divide", will be released on May 27 via Nuclear Blast. The CD was once again recorded at AudioHammer studios in Sanford, Florida with producer Jason Suecof (TRIVIUM, DEICIDE),who previously worked on 2010's "Relentless Retribution" and 2013's "The Dream Calls For Blood". Mastering duties were handled by Ted Jensen at Sterling Sound in New York City. The cover artwork was created by tattoo artist Bob Tyrrell.

DEATH ANGEL guitarist Rob Cavestany said: "Both Mark [Osegueda, vocals] and I had been tattooed by Bob, and when the subject of album artwork came up, we approached him to create the design. We wanted an image that would represent the idea of 'The Evil Divide'; something beautiful, yet simultaneously wicked, hence the death moth. Bob realized our vision with mere pencil and paper." 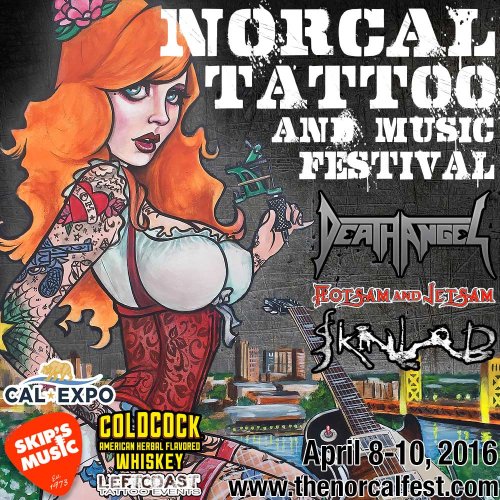