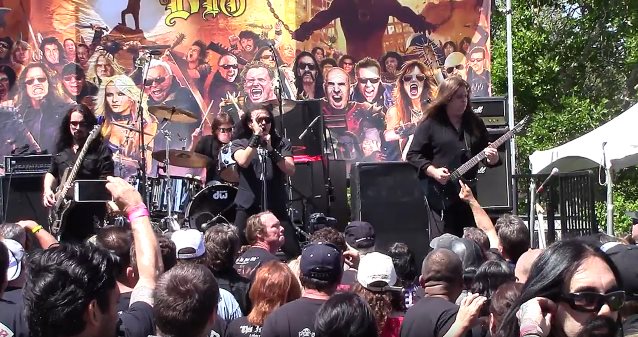 DIO DISCIPLES, which pays tribute to Ronnie James Dio and is fully supported by Dio's widow/manager, Wendy, performed three new, original songs during the band's May 22 appearance at the "Ride For Ronnie" motorcycle rally and concert for Ronnie James Dio Stand Up And Shout Cancer Fund in Encino, California. Fan-filmed video footage of one of the tracks, which is apparently called "'Till The End Of Time", can be seen below.

DIO DISCIPLES' lineup for the "Ride For Ronnie" event consisted of the following musicians:

Some of the recent DIO DISCIPLES shows have also included singer Joe Retta (SWEET, HEAVEN & EARTH). Joe hails from Rochester, New York and and was raised on '70s R&B and rock during an era when, as he describes it, "music had more soul and was more diverse." His influences include such luminaries as Stevie Wonder, Steve Marriott, Paul Rodgers, Robert Plant and, of course, Ronnie.

Speaking to Hek82 at the "Ride For Ronnie" event, Owens stated about DIO DISCIPLES' plans to record and release original music (see video below): "Craig has really been instrumental in getting these songs written and trying to get it going on. And Joe and Oni [have] been doing a lot of shows with DIO DISCIPLES. I hadn't been with DIO DISCIPLES for over a year, and they asked me to come do this [event]. They're really trying to push DIO DISCIPLES to put some music out — Wendy's been pushing it, and Craig's been pushing it — so these three we have here was three good ones we've already recorded. So it makes it special and it makes it even cooler that DIO DISCIPLES is gonna do our own thing." 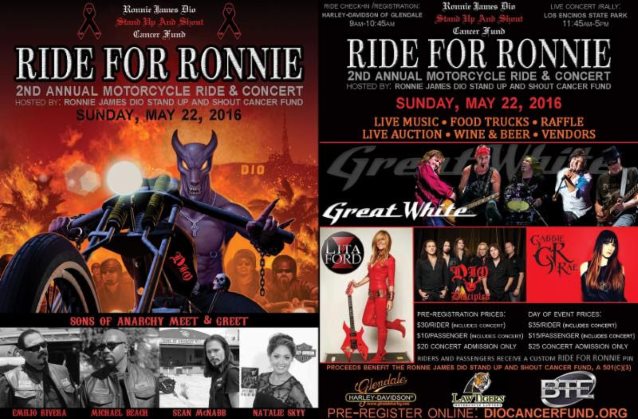