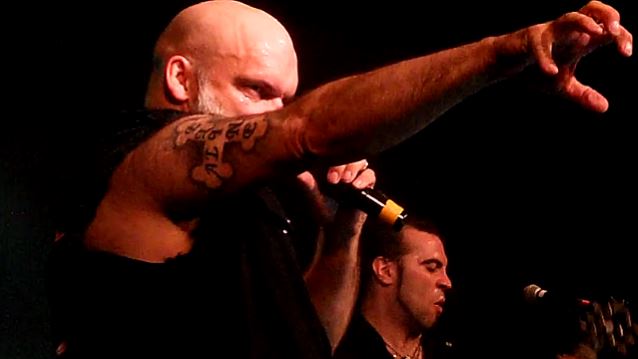 Fan-filmed video footage of British heavy metal vocalist Blaze Bayley (IRON MAIDEN, WOLFSBANE) performing on May 29 at Rotunda in Krakow, Poland can be seen below.

Asked about the progress of the songwriting sessions for his next studio album, Blaze told Angel last November: "I'm working on it bit by bit. I absolutely don't wanna rush it. I want it to evolve the same way that 'Silicon Messiah' [2000] did and 'Blood & Belief' [2004] did and 'The Man Who Would Not Die' [2008]. Those albums all were really solid, because they evolved. We wrote things, we went back, we polished, we tried… we decided what to leave off and what to make the most of. So the next one, I've worked it out so I could do it when I want. It can come out [in 2015], or it can come out in 2016." 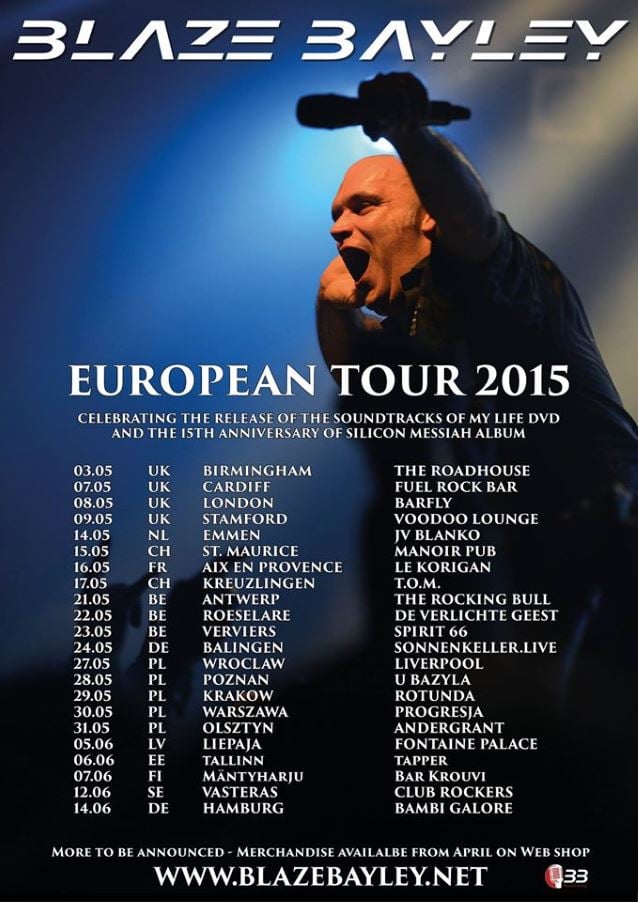