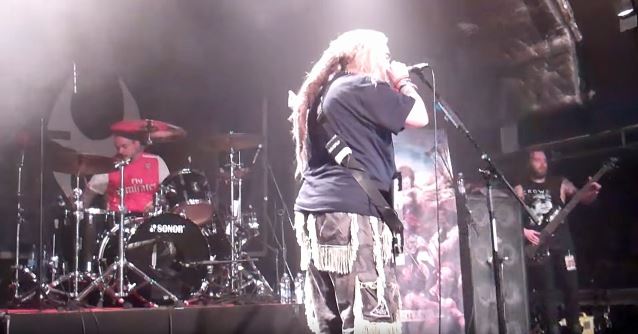 CAVALERA CONSPIRACY's third album, "Pandemonium", was released in November 2014 via Napalm Records. The CD was produced by John Gray, who has previously worked with SOULFLY.

Max and Igorwill celebrate the twentieth anniversary of SEPULTURA's classic album, "Roots", by performing the LP in its entirety on an American tour later this year.