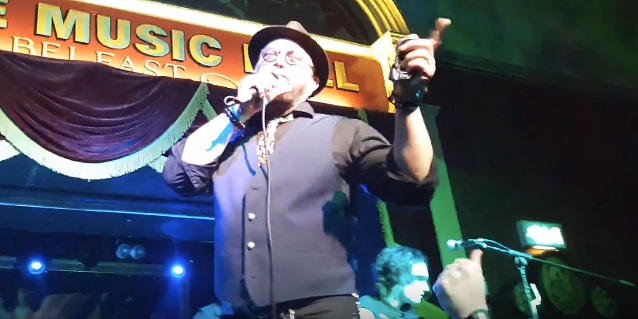 Ex-QUEENSRŸCHE and current OPERATION: MINDCRIME singer Geoff Tate has just kicked off a European tour on which he is celebrating the 30th anniversary of his former band's "Operation: Mindcrime" album.

Fan-filmed video footage of the January 12 concert at the Empire Music Hall in Belfast, United Kingdom can be seen below.

Last month, Tate told Metal Wani said that he was thrilled at the prospect of playing the LP in its entirety once again. "We're going to perform the 'Mindcrime' album in its entirety, and the last part of the show will be a journey into the newer material from the [OPERATION: MINDCRIME] trilogy and some of the fan favorites from past albums as well. I'm actually really looking forward to playing the 'Operation: Mindcrime' album in its entirety again. I love playing that thing, and it's actually quite enjoyable to present, although it's a really violent record. It's going to be kind of a challenge for me to put myself in that head space for that length of time and then snap out of it."

Tate was fired from QUEENSRŸCHE in 2012. A two-year legal battle followed where Tate sued for the QUEENSRŸCHE name, only for his former bandmates Michael Wilton (guitar),Scott Rockenfield (drums) and Eddie Jackson (bass) to respond with a countersuit. They eventually settled the dispute, with Wilton, Rockenfield and Jackson continuing as QUEENSRŸCHE, and Tate now having the sole right to perform the albums "Operation: Mindcrime" and "Operation: Mindcrime II" in their entirety live.

Tate recently recorded a brand-new song in support of charity. All proceeds from the track, which is titled "The Way The Wind Blows", will benefit MercyWatch, a nonprofit focused on outreach to the homeless community in Snohomish County, located in the U.S. state of Washington, where Tate lives with his family.

"A New Reality", the third and final of a concept album trilogy from Geoff's OPERATION: MINDCRIME project, was made available in December. 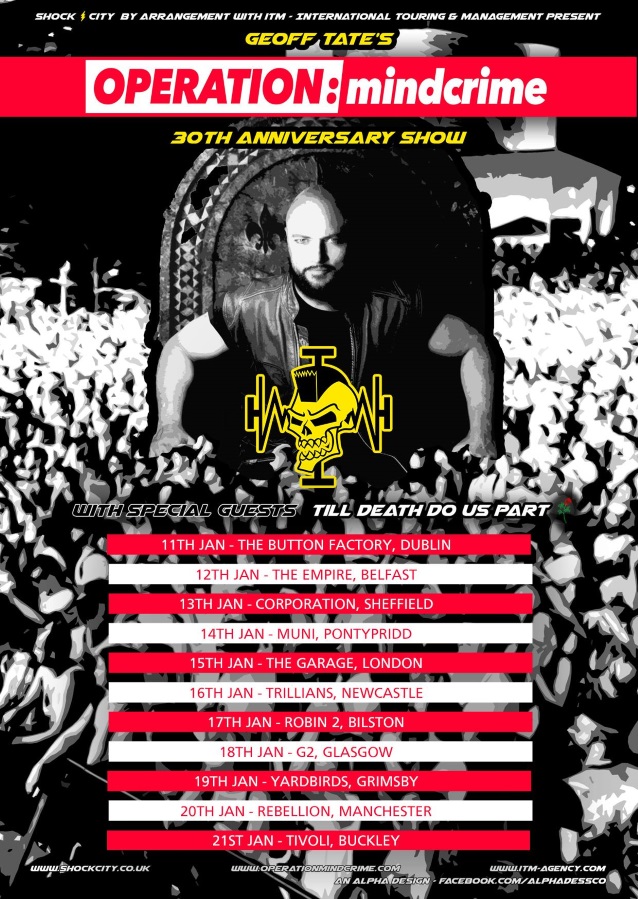