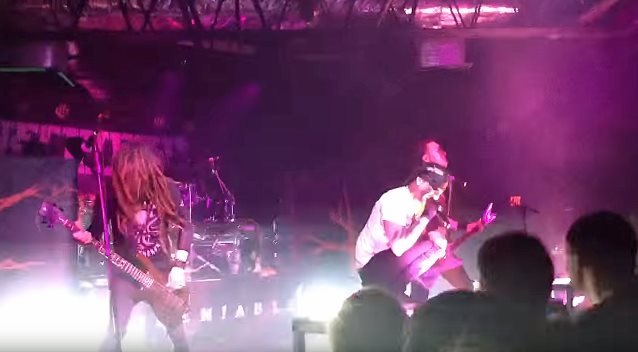 Fan-filmed video footage of HELLYEAH performing its new single, "Human", live on May 3 at Upstate Concert Hall in Clifton Park, New York can be seen below.

"Human" is taken from HELLYEAH's forthcoming fifth album, "Unden!able", which will be released on June 3 via Eleven Seven Music. The effort marks the first time HELLYEAH's current lineup — vocalist Chad Gray, guitarists Tom Maxwell and Christian Brady, drummer Vinnie Paul and bassist Kyle Sanders — has recorded together as a unit, promising a very special return to their true metal roots.

"Unden!able" was produced in Las Vegas at The Hideout Recording Studio by Kevin Churko (PAPA ROACH, ROB ZOMBIE),and showcases everything that the band’s fans have come to know and love in a more focused, concise, and powerful sound, with Churko co-writing all songs.

The album art by William Felch and Chad Gray features a predatory, gleaming eye with an exclamation point pupil — the ultimate signifier of what’s inside: anger, pain and a hyper-focused, high octane, heavy metal collection for the ages.

"Unden!able" will be available just in time for HELLYEAH's upcoming "Hell Pop Tour" with IN THIS MOMENT, which starts on June 18 in Des Moines, Iowa. This run will follow HELLYEAH's "We're All In This Together" headlining tour which also features ESCAPE THE FATE, NEW YEARS DAY and FROM ASHES TO NEW. 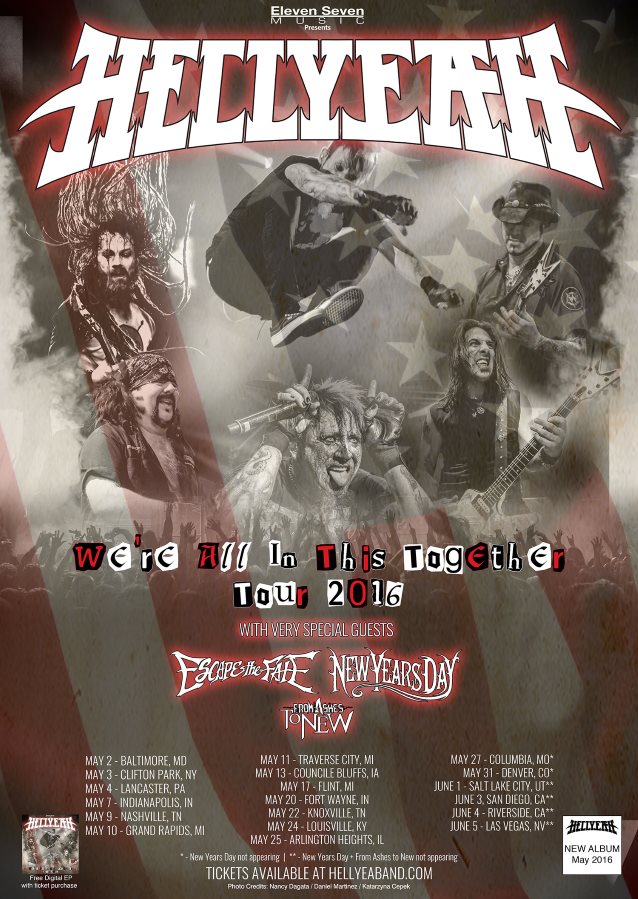