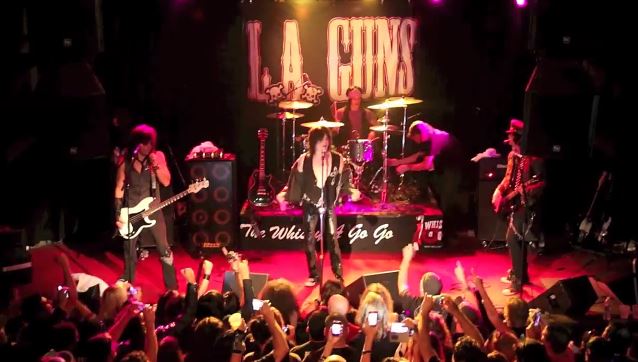 Joe Dolan of JoeDolanPR.com has uploaded video footage of L.A. GUNS' July 25 performance at Whisky A Go Go in West Hollywood, California. Check it out below.

The band is now on tour and has scheduled performances across the U.S. throughout August and September alongside Ted Nugent, CHEAP TRICK, WINGER, THE QUIREBOYS, ENUFF Z'NUFF, GREAT WHITE, Sebastian Bach, WARRANT and TRIXTER.

In January 2013, L.A. GUNS parted ways with its guitarist of one month, Frankie Wilsey (SEA HAGS, ARCADE), and replaced him with Michael Grant. 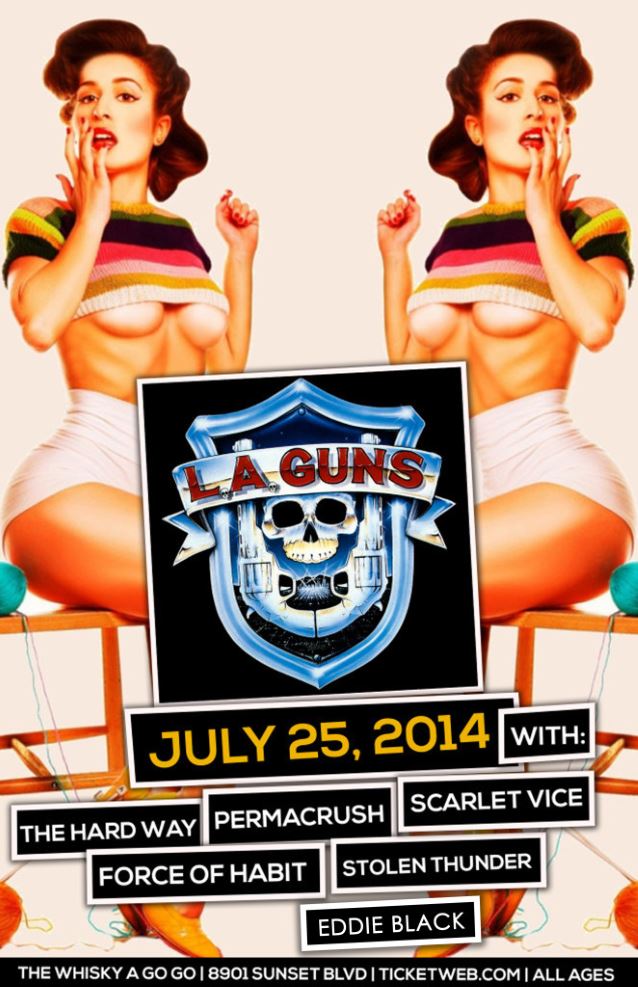